Eagles Flyers Phillies Sixers About Us Write For Us
Mike Adams Nabs #37 as Bastardo Headed For New Number Again; Lannan Assigned A Number
What is the Best Move to Make After a 4-12 Season?

What is the Best Move to Make After a 4-12 Season? 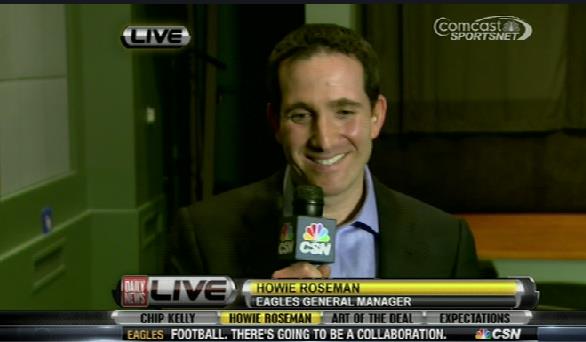 Every fan thinks they know what is best for their team, no matter the sport. So, let's pretend you are the owner of a football team coming off a 4-12 season. You know attendance dwindled as the season trudged on, and the all around ora of the team was sunken. The number one concern should be bringing fans back to the stadium and putting the team back on the map. "How do you do that?" you may ask.

You raise the ticket prices for the first time since 2009.

According to the Philadelphia Inquirer, the Philadelphia Eagles have to decided to treat their fans to increased ticket prices for the 2013 season. They were already in the top half of the league in ticket prices, and have now placed themselves on the outskirts of the top 10. If you want a single ticket to see Chip Kelly's offense, you will have to spend around $93, $8 more than last year's average.

Apparently, the price hike will be going toward the renovations being made to Lincoln Financial Field. That project may cost up to $100 million. Prepare for years of price increases and poor quality hot dogs.

If you weren't happy with the way last season was handled, you can rest assured that you'll be putting your extra money into those same hands.