Michael Young All the Wiser With the Phillies; Cliff Lee Thinks the Rangers Jerked Him Around 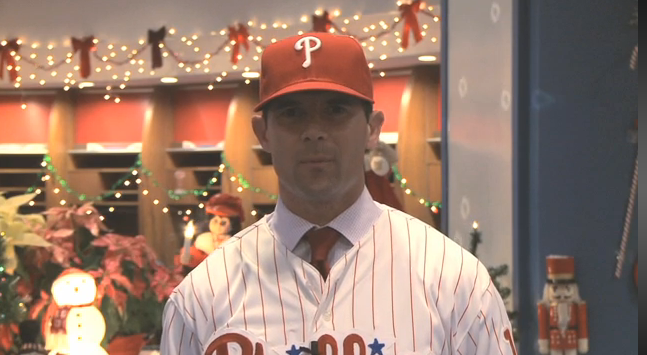 I saw a few interviews with Michael Young today. One with Greg Murphy after he was finished his 5 innings of work and one with Michael Barkann on the Phillies Focus show. I was reminded of Raul Ibanez. The veteran who has played his share of baseball, probably on the downside of his career, but saying and doing all the right things. One hopes when this all plays out, Young will have had a successful season at third base and at the plate.

Jayson Stark wrote a nice piece today where Cliff Lee sings the praises of his brief time as Young's teammate in 2010 in Texas. As a casual observer, it appears Texas jerked him around a lot. Probably because they knew he'd be the loyal ballplayer at the end of the day. Even after demanding a trade when made a full time DH, he was basically a good soldier and carried on.

Lee described Young on Monday as "the perfect teammate" and "the
heart and soul of the Rangers," and said he thought the team "borderline
took him for granted."

Asked if he understood why the Rangers tried for several years to trade Young, Lee replied:

"I think that baffled a lot of people who were around that
organization. Like I said, he was the heart and soul of that team for a
long time, and I can't understand their thinking on a few of the moves
they made with him," Lee said. "He's a really good player. I don't know
why you wouldn't just let him do his thing."

Young appears to be another name on a club that gets it right now. Much like Halladay who is passing the torch to Hamels. Maybe they aren't the best at what they do anymore. But their maturity and their worth ethic will play a big role as they try and make another push at October baseball. Both are deserving of wearing a championship ring one of these days.