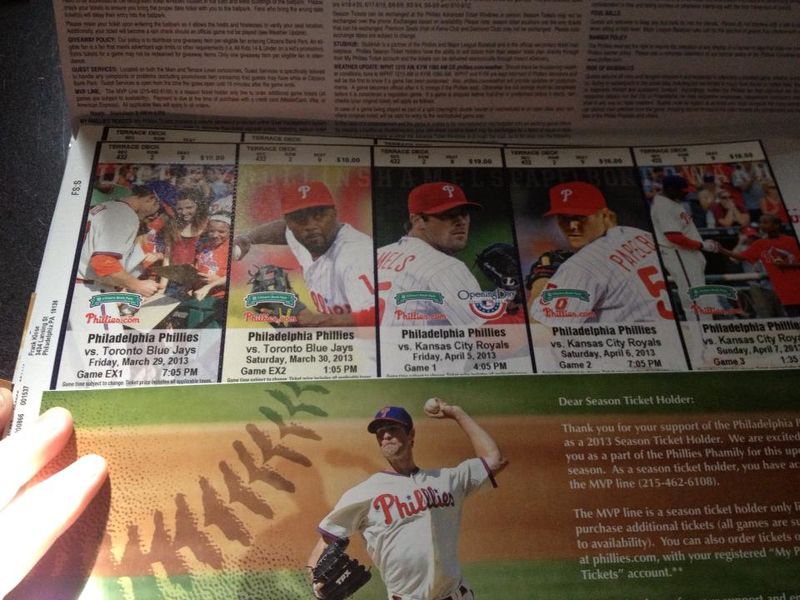 Ticket sales at Citizens Bank Park are very slow right now, but there is not much to worry about.

Remember last year and the year before, when tickets to any game were scarce (unless you have connections or you use StubHub)? Last season, five games alone were sold out completely in under a week of going on sale.

John Weber, Phillies Vice President of sales and ticket operations, says that nobody is worried and that this is a great opportunity as there are still tickets available for every game - except Opening Day.

Today, any game - including those with Cole Hamels and Carlos Ruiz bobbleheads - can still be purchased individually, except for Opening Day, which is part of a Six Game Pack.

The overall decline is dramatic - a half-million seats, down to about 2.6 million from at least 3.1 million a year ago.

Fans might wonder if that could spell trouble sustaining one of the biggest payrolls in the league.

It's important to put the figures in context, Weber said.

Sales are strong. It's just that the last few years have been "unbelievable," he said, with a sellout streak that lasted 257 games, and more attendance each of those years than any club, with one exception, the New York Yankees in 2010.

Weber continued to say that there's nothing to worry about and that he is confident that sales will pick up as the time period between now and Opening Day shrinks.

So get them while they're hot - and while there's a lot!

You can find tickets at www.phillies.com/tickets.