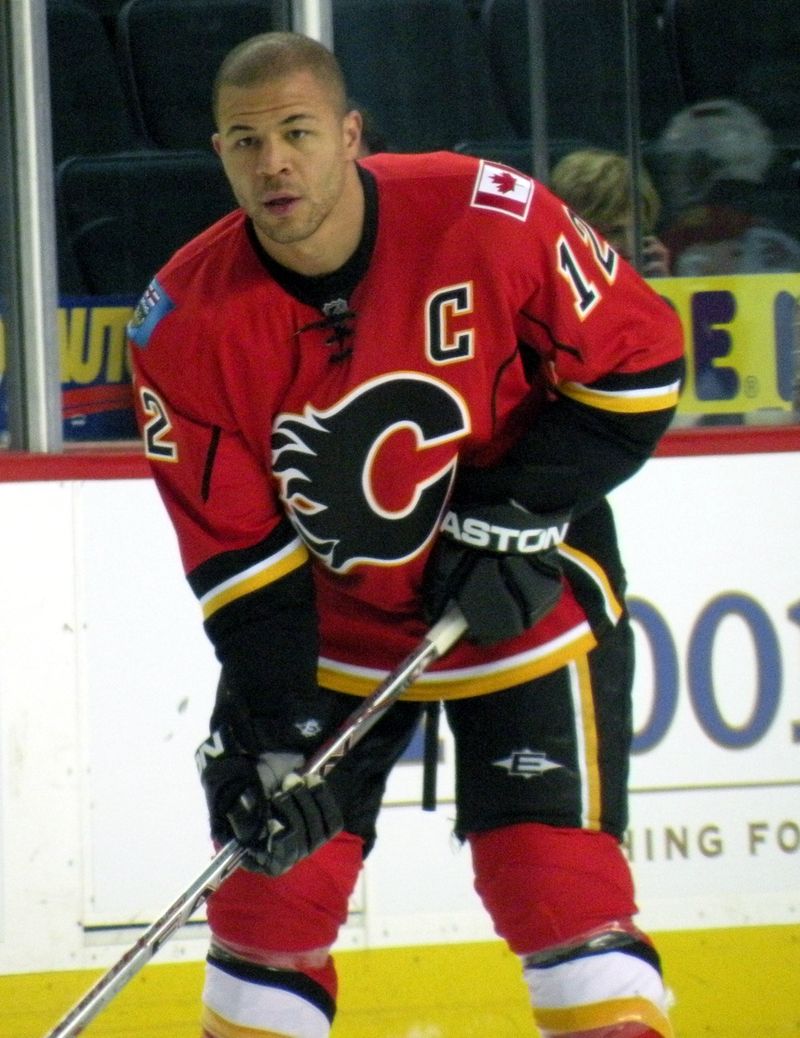 The pass and shot will echo through the eternal hockey halls
for ages.

It was in the gold medal game of the 2010 Olympics when a
certain winger threaded a perfect pass between two USA defenders to find a
swift-skated sniper, who prompted buried the rubber past a slow-to-react Ryan
Miller.

Those two unnamed identities? They’re about to be reunited.

That’s right.  The
Pittsburgh Penguins and Sidney Crosby will soon be joined by one of the most
ferocious leaders in hockey with the arrival of Jarome Iginla.

It’s sure to cause matchup fits for opposing teams. With the
Pens acquisition of James Neal, they saw immediate chemistry between him and
Evgeni Malkin.  Now, the Penguins have a
top winger to go along with Crosby, and perhaps the scoreboard-buster Chris
Kunitz, who is currently third in the league with 19 goals.

The Penguins put those two lines out there, with top flight
centers paired alongside top flight wingers, and opposing teams will get
headaches trying to keep up.

While Morrow isn’t the threat and presence that Iginla is,
he has a scorer’s touch, as he has netted 30 in two different seasons. Murray
will help out the Penguin’s defense and probably be on their second defensive
pairing. With his large frame (6 foot 3, 245 lbs.), he’s a good addition to a
Pittsburgh defense that lacks a solid physical presence.

The Penguins will now assume the role of favorite to win the
Cup, seeing that they are already tops in the Eastern Conference.  They’ve made improvements, but they are not unbeatable.  Marc-Andre Fleury is a good goaltender, but
he can be inconsistent.  The defense isn’t
the best either.

That offense, though.
The only word I have for it is formidable.

What does it mean for the Flyers?  Although not totally out of it, they
obviously need a different mix.  This
surely isn’t working.

You would have to think they try and move Danny Briere and
Scott Hartnell, and while they’re at it, a majority of their defensive corps
(or defensive corpse, considering their play of late) but both have no trade
clauses, which means both Briere and Hartnell would have to agree to be
traded.  I would personally be offended
if Briere or Hartnell didn’t accept the Flyers trade attempts.

The amount of investment (the Flyers have paid Briere $43.5
million since his signing in the 2007 offseason and Hartnell $25 million since
he was traded to them in 2007) and dedication the team has shown these two is
beyond comprehension.

They have to be moved, but is it even possible?

Briere still has 2
years after this one with $6.5 million cap hits. Hartnell was just signed for
(and this is what will probably get Holmgren fired) 6 more years, with a $4.75
cap hit.

In my mind, Hartnell’s play is rage-inducing.  He clearly has top-notch power forward
skills, but he does make the most mindless of mistakes.  He’s 30 years of age now, and yet it seems
like he can’t stay on his skates, takes the most mind-numbing penalties, and generally
just skates like a foolish cretin.  He’s
a physical specimen, but a Neanderthal to be sure, without the paleontological
credentials.

To be honest, though, I doubt any team would take a chance
on either Briere or Hartnell, unless the Flyers packaged them with younger prospects.
Sean Couturier, Matt Read, or Scott Laughton would have to be involved with
them, and that would be criminal to give them up if they didn’t get a young
piece in return.

I do still think
they have a shot at making the playoffs, but to do it, they’ll need help.  And that would be too much of a risk because
of how poorly they’ve played; they must attempt to reload.

The Penguins have stocked their shelves full of the freshest
ingredients and are ready to make a run for the greatest trophy in sports.

They’re praying they still have shelves when the season is
over.

View All Posts By Kevin Yorke

View All Posts By Kevin Yorke