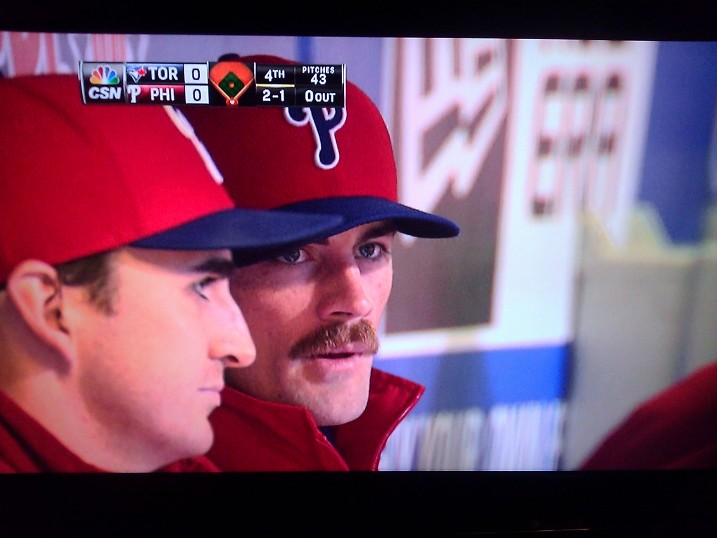 (Photo: Erik Seybold/Philliedelphia) - Cole Hamels is predicted to be the NL Cy Young Award winner after a career-year last season.

Tomorrow is Opening Day and hot dog am I excited! It's been a long offseason full of more Eagles dismay and a dramatic lockout-shortened NHL season and I'm ready for baseball. Last year was far from what we expected out of the Phillies, but hey - it happened and there's nothing we can do now to change the past. What we can do, however, is look ahead towards the 2013 campaign. With new acquisitions in Ben Revere, Michael Young, and Mike Adams - along with Ryan Howard and Chase Utley beginning the season healthy and ready to play - I'd say the Phillies can turn last year's trainwreck around and get back on the right track.

Enough of my rambling about how excited I am for this upcoming season. Here's my predictions for the 2013 season - including awards and so on.

Total number of wins: 91
How many games Roy Halladay will win: 11

Who will spend the most games batting lead off? Ben Revere
Who will lead the Phillies pitchers in wins? Cole Hamels (18)
How many home runs will Ryan Howard hit this season? 34

As Frank earlier stated, giving the Phillies a healthy Ryan Howard and Chase Utley will benefit them immensely. Ben Revere is a total upgrade over Shane Victorino and Domonic Brown may have finally proved himself to be a great everyday outfielder. Michael Young is an RBI machine and with Mike Adams in the bullpen that blew 13 8th inning leads last season, I as well don't have trouble thinking the Phillies can win 11 more games than last year.