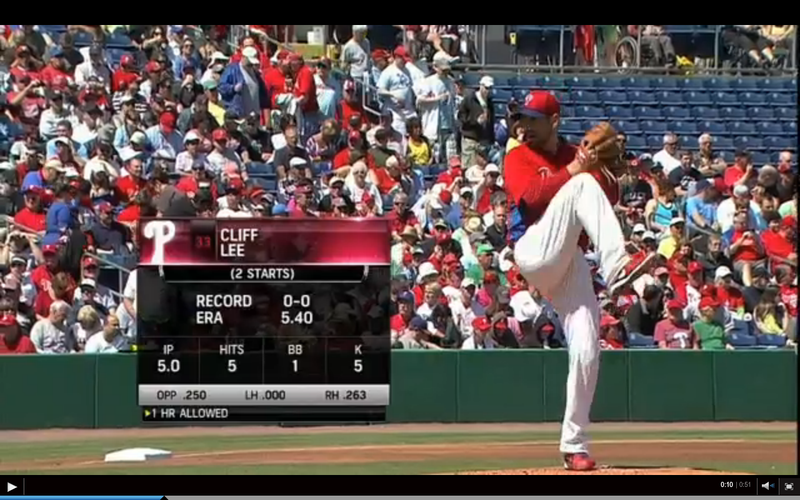 Cliff Lee will make his final spring start before the regular season in tonight's On-Deck series opener against the Blue Jays.

The Phillies left Clearwater with a bang, beating the Blue Jays yesterday, 7-2, with the help of two home runs in the late innings. Both teams made the trip north the Philadelphia and Citizens Bank Park as they will face each other in the Phillies' annual On-Deck series for the next two days. Game one of this mini-series opens with a night-cap, a rarity in spring games. But for Phillies fans, this provides a look at the team where they are accustomed to watching, right at home in Citizens Bank Park.

Cliff Lee makes his final spring training tune-up in the opener of this series. Lee's last start was his worst of the spring. He allowed six runs (four earned) on nine hits against the Red Sox. He hit one batter, allowed no walks and struck out seven. That start was Lee's first appearance in Grapefruit League play after taking 10 days off from traditional game action and playing in minor-league games.

For the Blue Jays, lefty Mark Buehrle takes the mound for his final spring start. Buehrle has allowed nine runs in 13 innings this spring while walking seven and striking out seven. He faced the Phillies five times in 2012 as a member of the Miami Marlins, going 2-2 with a 3.24 ERA.