Eagles Flyers Phillies Sixers About Us Write For Us
So...Cole Hamels Has a Mustache
Phillies Opening Day Roster Named; Some Suprises

Phils Shut Out By Buehrle, Blue Jays in 1-0 Loss 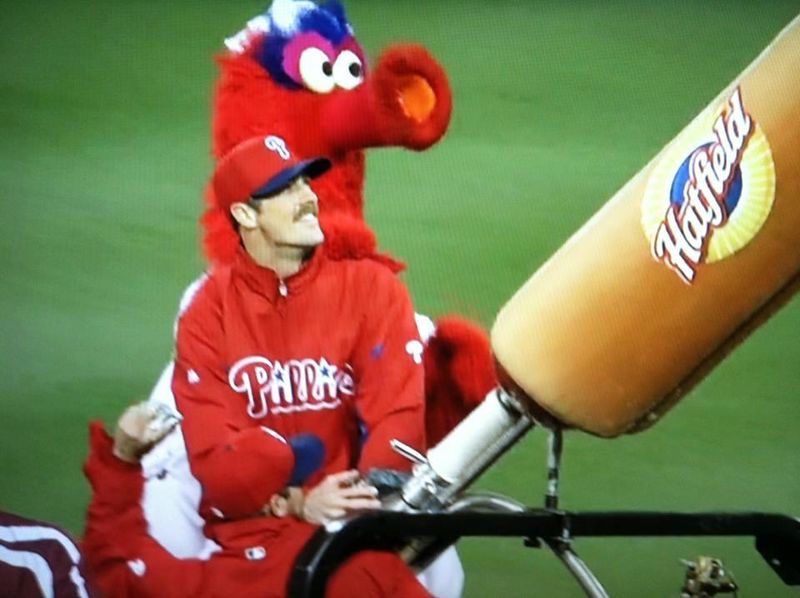 Cliff Lee made his final spring training start this evening at Citizens Bank Park. The Blue Jays are in town for two nights to wrap up this spring in an on-deck series. But of course, with an On-Deck series comes shananigans such as Cole Hamels and Cliff Lee launching hot dogs into the crowd, because why not?

Lee looked terrific tonight in four shut-out innings. He allowed just one hit while striking out five. Phillippe Aumont replaced Lee for one inning and struck out one. Aumont also allowed a solo homer to J.P. Arencibia which gave Toronto a 1-0 lead in the top of the fifth inning.

Jeremy Horst tossed a scoreless sixth and seventh inning tonight and allowed one hit, walked one, and he struck out two.

Mike Adams tossed a scoreless top of the eighth followed by a perfect top of the ninth for Jonathan Papelbon. Down 1-0, the Phillies could not come back in the bottom of the ninth, dropping this one to the Jays, 1-0.

Tomorrow is the last day of spring training. The Jays and Phils will square off tomorrow afternoon at Citizens Bank Park at 1:05.