Roll Out The 2013 Predictions: Phillies On The Upswing 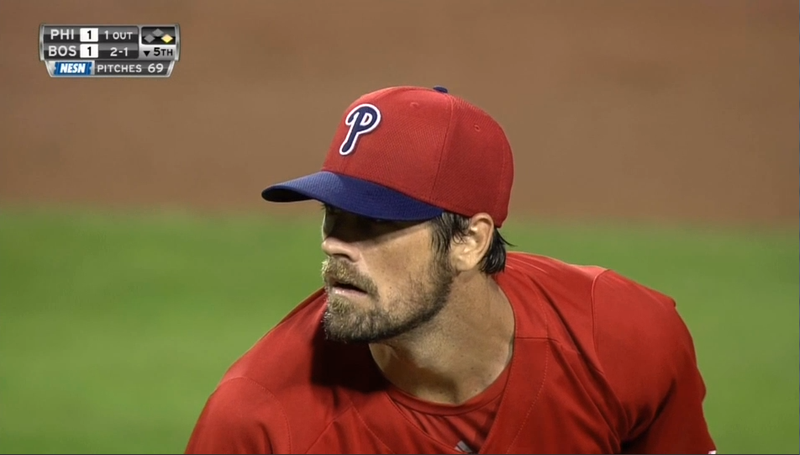 Looking ahead at 2013 it feels like a new era in baseball.  As many veterans fade, there will be many new names stepping up.  As some former dynasties fade, new ones are beginning.  Here are my predictions for the upcoming season.

The American League will be very different in 2013 thanks to the end of the most recent Yankees regime.  As they go forward without Alex Rodriguez, Mark Teixeira and a patchwork outfield, 2013 figures to be a transitional year for the Yankees.  The Red Sox are still rebuilding with their third manager in three years  On the rise: the young Baltimore Orioles, Cleveland Indians, and Oakland Athletics.

The Los Angeles Angels of Anaheim would have won the National League West had the season started May 1.  Without full contributions from Mark Trumbo and Mike Trout until May, the 89-win team could have been much better had they been there from the start.  With full seasons from the sophomore duo and the addition of Josh Hamilton, the Angels appear ready to take the National League West.

The Boston Red Sox signed Shane Victorino to be centerfielder in 2014 and take up space in right field until Jackie Bradley was ready.  Well, Jackie Bradley is here.  The Red Sox also signed Jonny Gomes who will have to sit (or DH while David Ortiz is out).  Bradley made the Red Sox change plans and he is my pick for 2013 Rookie of the Year.

What will keep the Indians and Angels behind the Tigers though is pitching.  Justin Verlander is going to be the top starter he always has been, and with a new deal in hand should lead the Detroit Tigers back to the World Series but this time victorious.

The Nationals are improved from 2012 with the addition of closer Rafael Soriano and with the Stephen Strasburg innings count meter gone.  As I have regularly stated this offseason I do not think the Atlanta Braves are improved from the 2012 Braves.  Prado/Jones/Bourn I still find superior to Upton/Upton/Francisco.   The Braves are left without an experienced leadoff hitter.  Andrelton Simmons will be an amazing player in the league, but he will come with a learning curve.  He will torture the Phillies for years.

Cole Hamels will finally be the Phillies ace and I think we will see the best Cole Hamels season yet.  He's my pick for the 2013 National League Cy Young.   San Diego Padres third baseman Jedd Gyorko is my Rookie of the Year choice.  He will begin the year in place of the injured Chase Headley and move to second base thereafter.  He was the reason that the Padres were listening to trade offers for Headley last year and could revisit those again.

As you can see, I am not high on the Los Angeles Dodgers.  Zack Greinke and Hanley Ramirez are already hurt  and accumulating high-priced veterans is not the way to go.  Expect great things from Clayton Kershaw and Matt Kemp, but Carl Crawford and Josh Beckett are not their old selves and Juan Uribe will play too much.

Total number of Phillies wins - 92
How many games will Roy Halladay win? 13

Who will spend the most games batting leadoff?  Ben Revere
Which Phillies pitcher will lead the team in wins? Cole Hamels
How many home runs will Ryan Howard hit? 37

Start with the 81 win Phillies of last year and add  a full season of Ryan Howard and Chase Utley.  Add a consistent Michael Young over injured Placido Polanco.  Ben Revere is an upgrade over Shane Victorino.  Domonic Brown has arrived.  Add Mike Adams to the team that blew 13 8th inning leads.  Subtract all of the Hector Luna, Ty Wigginton, Chad Qualls, and Michael Schwimer of last year and I don't have trouble thinking the Phillies can win 11 more games than last year.