Eagles Flyers Phillies Sixers About Us Write For Us
WELCOME BACK, CHOOCH!!
Phillies Top Pitching Prospect Jesse Biddle Is Named Pitcher Of The Week 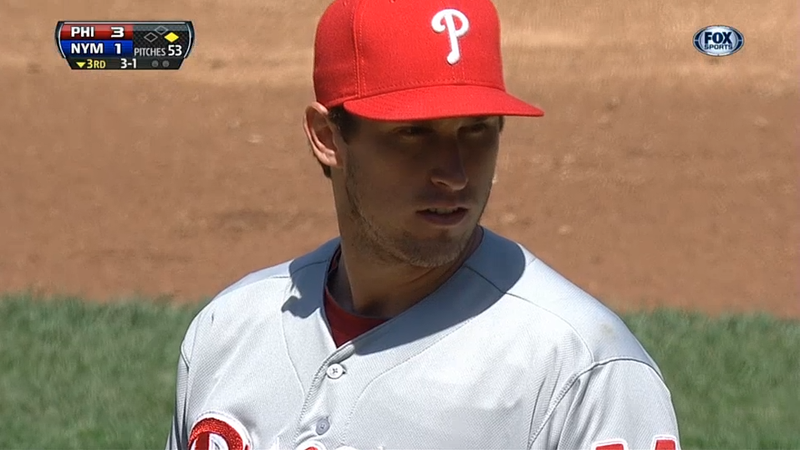 I am way late to the party compared to other blogs but I figured that this was a point worth addressing.  The talk of a Phillies television deal reopened with a column from Yahoo's Jeff Passan.  Our Matt Rappa wrote about the possibility of a new mega-deal coming the Phillies way, but there's a new storyline developing that Passan notes: Fox Sports wants in.

Philadelphia is home to Comcast and Comcast Sports Net presumably would want the rights.  But with the addition of Fox, there could be some stiff competition, Passan writes:

Comcast is a Philadelphia-based company. It does not want to lose the rights of the team that from 2009-11 ranked among the three highest local baseball broadcasts. Problem is, Fox Sports, which has scooped up local rights to about half of baseball, wants to further its grip on the sport in anticipation of Fox Sports 1, the all-day sports channel expected to launch in August.

Passan notes that with the Red Sox and Mets in the hands of NESN and SNY, Fox may want the Phillies badly.  Fox owns a significant share in the YES Network that broadcasts Yankees games.  They would set up a Fox Sports Philadelphia affiliate to broadcast the games.

Here are what some of the local blogs had to say.

The Fightins' Ryan Petzar notes that the Houston Astros - the worst team in baseball - just got a huge payday from Comcast Sportsnet.   Of course Comcast would want to have their hometown team, the Phillies, on their lineup.  And if they'll pay for the Houston Astros, the Phillies must be seeing dollar signs.

John Stolinis, a.k.a. "Felske Files" on That Ball's Outta Here says that the luxury tax would no longer be an issue for the Phillies.  Of course, if revenues increase, that luxury tax could be adjusted.  Payrolls could skyrocket if teams that once had smaller payrolls such as the Astros ballooned.   John looks to the Dodgers' influx of cash last season and hopes that the Phillies will not spend as recklessly as the Dodgers just for the sake of spending.

Now for my personal take: Fox gaining rights to the Phillies would greatly enhance consumers' options.

Comcast has selfishly held onto Comcast Sportsnet and kept satellite providers from carrying their content.  Back in the late 90s/early 2000s as a Sales Counselor at Circuit City while HDTV was getting started, DirecTV was the only HD option I could offer customers since Comcast was not ready yet.  Many did not purchase DirecTV because Comcast Sportsnet used a broadcasting loophole that only obliged them to share with wired cable TV providers.  That is why Verizon Fios can carry Comcast Sportnet while Dish Network and DirecTV cannot.

Fox Sports would eager to share their content and the less-expensive DirecTV could be an option for consumers.  Many fans love the DirecTV Sunday Ticket football package but do not want to give up the Phillies.  They could finally have both.

I would hope that the Phillies stick up for their fans this time around and if they give a deal to Comcast Sports Net, they include language that they must offer the channel to satellite providers.  The Phillies are almost a public utility to a certain extent; the people of their city should be entitled to watch their local team.    Here is the chance, at the very least, to give their fans the team.

Wasn't aware that Comcast was withholding the Phillies from sat TV providers. Pretty shady on their part.

Also, I wouldn't count on DirecTV holding on to NFL Sunday Ticket beyond the 2014 season. NFL Red Zone was one of Sunday Ticket's biggest selling points, and now that Red Zone is everywhere with NFL Network, DirecTV might decide that's enough and let the league handle its own PPV business.