Roy Oswalt: I Would Love To Come Back to Philly

As the Phillies are currently getting their rear ends handed to them by the Mets, most of us are on Twitter. Whether it be lollygagging, tweeting about beer, or even Monday Night Raw, those of us who are on Twitter caught this tweet in our feed a little bit ago.

Roy Oswalt is apparently back on Twitter. The account, usually managed by a PR person of Roy O's, remained dormant since August. It wasn't long before we caught on and started pleading for Roy to return to Philly. 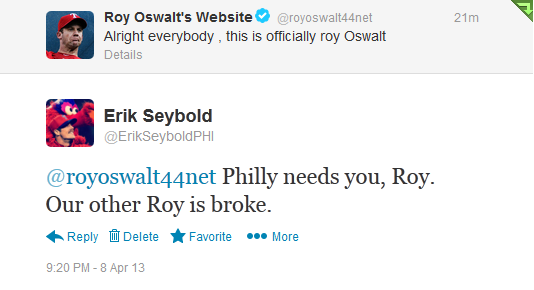 And moments later, this happened. 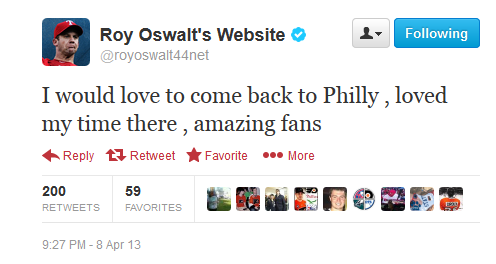 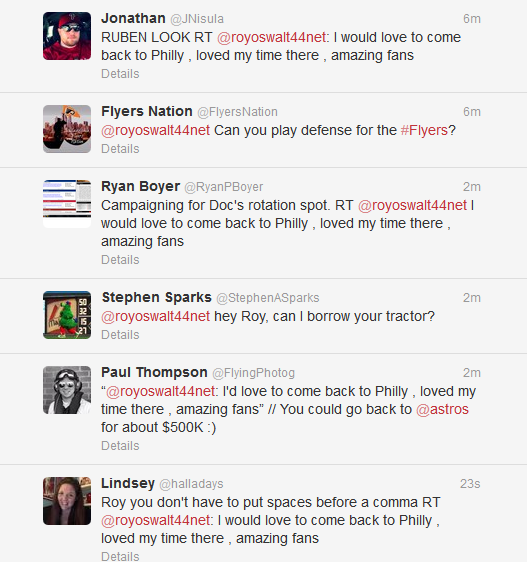 So what does this all mean?

Either someone is trolling us all, or Roy Oswalt would like to come back to Philly. I would enjoy the latter. Oswalt, 35, pitched for the Rangers last season, coming aboard in June while posting a 4-3 record and a 5.80 ERA.

So it's all up to Ruben. Hopefully he is on Twitter too and sees this.