Eagles Flyers Phillies Sixers About Us Write For Us
Flyerdelphia's Stanley Cup Playoff Predictions: Round One
New Game: Find The Miami Marlins All-Star; "Technicolor Nonsense" In The Outfield 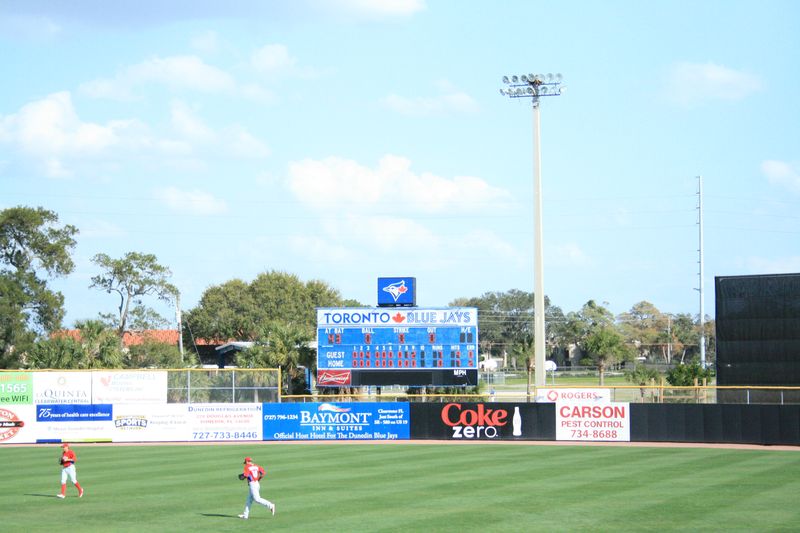 The Toronto Blue Jays have been one of the Phillies primary Spring Training opponents for many years.  It appears that relationship may be coming to the end.  The Toronto Blue Jays appear to be ready to move from Dunedin after their Florida Auto Exchange Stadium lease is up in 2017.   A number of options exist for the Blue Jays, one of which being sharing the Carpenter Complex with the Phillies.

I cannot blame the Blue Jays for looking to upgrade. Florida Auto Exchange Stadium reminds me of Reading Municipal Stadium...in 1990.  It is small, the seats are old and tight, and if the facilities the fans can see are any indication, the players are short on space and options as well.   Unfortunately for Pinellas County, there are no real options to expand their complex in its current location.

So what options exist?  Over on Ballpark Digest, they mention four:

The combined-move to Palm Beach Gardens would be a bit of a double-whammy for the Phillies.  The number of local opponents keeps shrinking on the Gulf Coast and nearby areas.  The Pirates are in Bradenton, the Yankees are in Tampa, and the Tigers are in Lakeland.    You'll have to go further south to Sarasota for the Orioles, further to Port Charlotte for the Rays, and then much further south in Fr. Myers the Minnesota Twins and Boston Red Sox.

I kind of like the Phillies having Clearwater all to themselves.  Clearwater is a Phillies city.  It would indeed benefit the Phillies financially to have another team helping pick up some of the costs, but the Phillies may not need the money.  It would just be a shame to have the Phillies be in Clearwater but lose a regular opponent.  But, sharing space seems to be where baseball is going.  In the Grapefruit League the Miami Marlins and St. Louis Cardinals already share space, but in the Cactus league five complexes are shared.  I prefer to be selfish for this one.