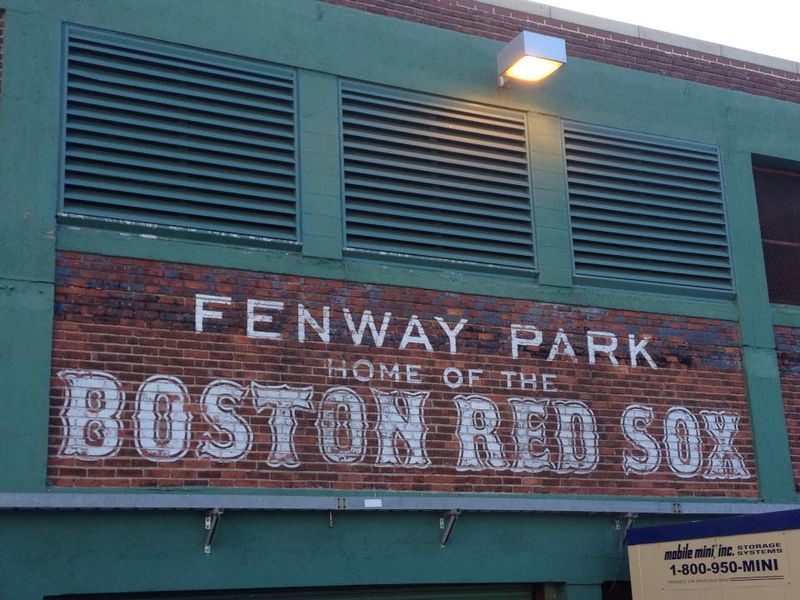 Like what appeared to be thousands of others, I made the trip up to Boston for this two game series against the Red Sox.    I would say I try to hit about three opposing ballparks a year most seasons, along with a Spring Training trip.   One thing was obviously missing this time around:  the excitement from the fans.

The Phillies 2013 offense has the ability to just kill any momentum or excitement.  Cole Hamels is the biggest piece of evidence:  Hamels has not thrown a baseball with a lead since April 7th.  No lead is surmountable.  So last night when Dustin Pedroia came to the plate in the first inning and hit a two-run home run, fans knew that was it.  When Mike Napoli follwed shortly thereafter in the same first inning, it just got much worse.  The fans had no confidence the team would come back.

After last night's contest, the person in the lineup with the highest batting average was one John Mayberry, batting .263.  Through our leanest years we at least in 1989 we had John Kruk hitting .331, in 1997 we had Midre Cummings hitting .303 and Bobby Abreu hitting .308 in 2002.  The closest thing Phillies fans have to an exciting player is Domonic Brown, who in the month of May is hitting .280  with seven home runs and 18 RBI.   And yet he continues to hit sixth.

One must wonder if the players feel the same way.  Watching the Red Sox we saw a team that was energetic, fundamentally sound, and overall excited to be playing the game.   The Phillies were soporific, fundamentally lax, and appeared bored to be at the ballpark.  Their early results inspire no one, including themselves.  That is no environment for any employee, let alone major league ballplayers.

Rich suggested earlier today that the Phillies blow up the core.   I would do anything that would bring excitement to the field.   Are things stale?  It appears that way.  As we saw in 2006 with Pat Gillick at the helm, just a changeover of staff allows new personalities to be themselves and brought with them a new excitement that made the 2006 Phillies surprise contenders.  A changing of the guard would not be a bad thing.

Do not get me wrong, I have no regrets taking this small vacation; it is still a very nice time.   I do think, however, the fans here have little to nothing to be excited about.  A source of great joy in people's daily lives has been blotted out. You do not even need to be a World Series Champion to bring that to people.  Bring it back, Phillies, however you can.