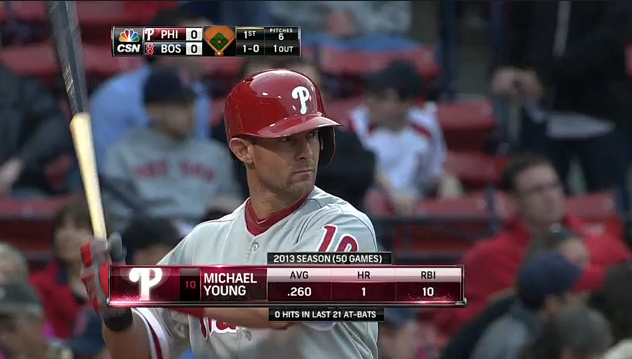 According to MLB's Todd Zolecki, Phillies third baseman Michael Young has been placed on the bereavement list.

Unlike the paternity leave list, for when a player becomes a father, the bereavement list is used for when a player finds it necessary to leave the team to attend to a serious illness or death in his (or his spouse's) immediate family. At the moment there is no word on what is going on with Michael Young.

The Phillies have recalled Cesar Hernandez to take Young's spot on the 25-man roster. Hernandez is hitting .308 (57-for-185) in 48 games with Lehigh Valley. Hernandez has driven in 18 runs and stolen 15 bases as well.

We here at Philliedelphia wish Michael Young the best with his situation and hope that everything is okay.