Ranking the Phillies Prospects, End of May 2013 Edition 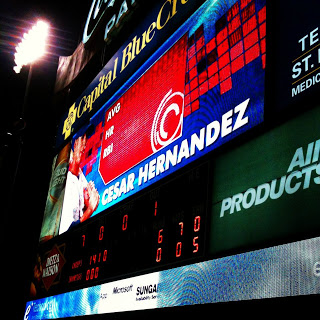 I was going through old posts of mine the other day, and found a ranking of prospects that I did in the middle of 2011. There were some names on there that are really interesting now- Pettibone, Hernandez,  De Fratus, and even Galvis and Biddle in my honorable mention area. There were also some real clunkers that I fell in love with at the time- Overbeck, Valle, Aumont, Schwimer, and even Julio Rodriguez. It's amazing how you get some right, and some wrong.

It's also amazing how my feelings on prospects have changed a lot. Numbers are important to me, but they aren't everything. Projections matter too, perhaps more so than what I see.

With that in mind, i'm going to try my hand at this again. I'm using several factors here- projections of eventual talent, proximity to majors, and season results to date. Anyone who hasn't spent the whole season in the majors is eligible for me. Here we go: