The Emergence of the Dom Beast 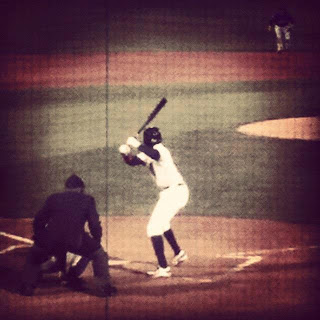 I remember when Dom Brown arrived in Allentown in 2010, and we all were just watching him amaze us. Brown's name had really reached prominence already with it's inclusion in rumors for Roy Halladay and Cliff Lee, but now we were watching him live. He could hit, and hit for power. He could run, and run fast. He had a pretty decent eye. He had a rifle for an arm.

We all know what's happened since then, but it was those few games in Lehigh Valley that year that I hung onto as he struggled. Last year, even in 2011, I was an advocate for bringing him up and letting him play, regardless. The talent is there, and frankly the Phillies need some talented players under the age of 30 so that they don't become the 1988-1989 version of the Phillies. Brown was the absolute one player I wanted to see get a shot. Finally in 2013, he is.

What can I say, in a year of frustration, I'm glad to watch a 25 year-old succeed here.