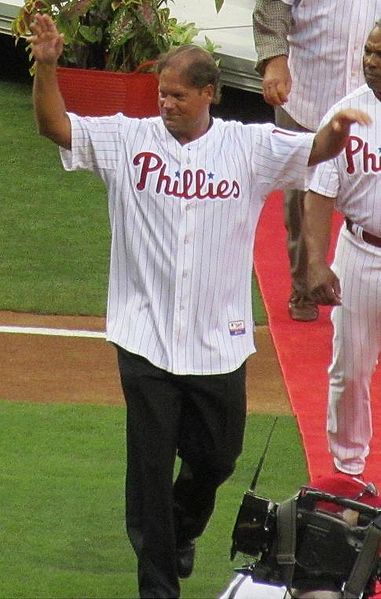 Per a statement on 97.5 The Fanatic, former Phillies catcher Darren Daulton has been diagnosed with two brain tumors and is to have surgery next week to remove them. Dutch of course is credited with being the team leader of the 1993 team and found a home on the Wall of Fame in 2010.

Since then he's been on 97.5 hosting a weekday pregame show during baseball season. Well wishes can be sent to him at :  [email protected]

Update: Phillies President Dave Montgomery released a statement on behalf of the Phillies:

"We’re saddened by the news about Darren. Our thoughts and prayers are with him and his family at this time. We, along with our fans, are praying for a full recovery."