Lannan Looks to Rebound vs. Capuano and Dodgers 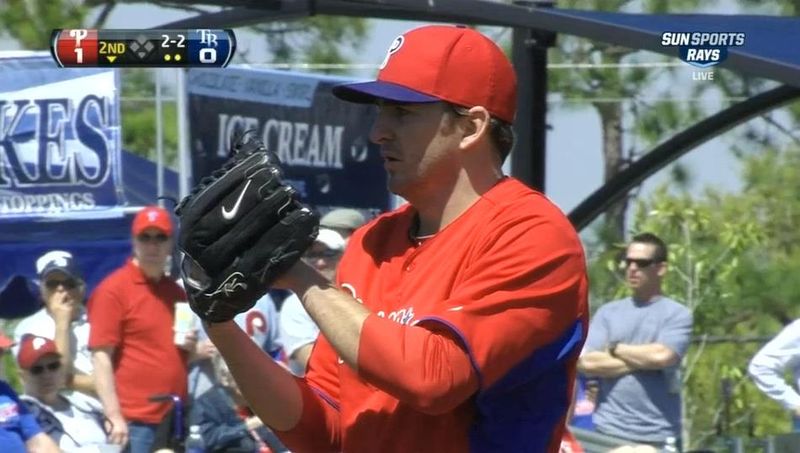 John Lannan had a rough outing last time out. He gets a shot at redemption vs. a hot Dodgers line up which is being fueled by extremely hot rookie, Yusiel Puig.  Not since the days of Vladimir Guerrero have a seen a hitter who seemed like he could hit just about anything. It's a really small sample size still but Puig is looking like someone to fear in the future.

Back to Lannan. In three starts in Dodgers Stadium, he has pitched a 2.79 ERa, 1.14 WHIP, and .203 BAA.  Citizens Bank continues to look scary for Lannan but he still has pretty respectable numbers in some of these road stadiums.

Chris Capuano has long been a middle of the rotation lefty who can carve up a lefty bat with the best of them. This played into the line up tonight as Ryan Howard sits for John Mayberry. Howard had a tough game yesterday and Capuano isn't exactly who he needs to face after it. A day off is a good move.

Domonic Brown is hitting clean up and Ben Rever (who has hit lefties pretty well this season) is at CF.

A brief note on Carlos Zambrano who has been in the race for Jonathan Pettitbone's rotation spot (which Pettibone has appeared to hold down for himself the past two outings). Zambrano pitched two inning of four run ball this evening (only one earned in his defense) before exiting with shoulder tightness. It's begining to look like Zambrano in Philly might not be a thing as he can opt out next week. Mike MacDougal is in the middle of his Iron Pigs debut as we speak with two scoreless innings in relief.