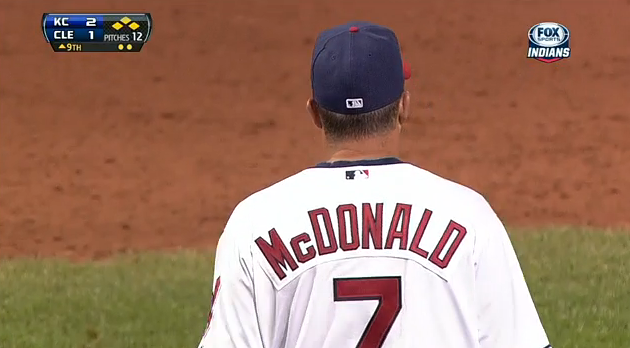 Michael Young and Roy Halladay are no longer the oldest players on this team.

In a deal that will send cash and a player to be named later to Cleveland, the Phillies have gained depth in the infield. McDonald will join the Phillies in Los Angeles in time for tomorrow's game. To make room for McDonald on the 40-man roster, the Phillies have outrighted catcher Steven Lerud to Triple-A Lehigh. The Phillies will make a move tomorrow to accommodate him to the 25-man roster.

In his 15-year career, McDonald is hitting a career .236 with 27 home runs and 202 RBI. In eight games with the Indians this season, McDonald is hitless in seven at bats.