Eagles Flyers Phillies Sixers About Us Write For Us
Back in the Win Column: Phillies snap 8-game losing streak against Giants
Missing an Opportunity? 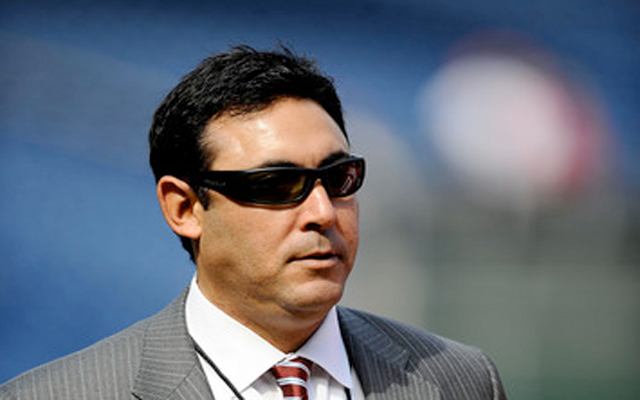 I'm a big Phillies fan. Really, I am. I swear. It may not seem like that this year, though.

Unlike previous years, I have a hard time sitting through a game this season. It's not that I don't like the team or don't want to see them win/go down with the ship. I have a problem with the man at the helm, Ruben Amaro Jr.

I've been known to repeat myself over the years with similar lines. "He's a company guy!", "He's a stubborn narcissist who would rather be known as the guy who makes a big splash than the guy who makes the small, helpful move!", "Mike Arbuckle would have been the right choice!", "Damnit, Pat Gilllick, why did you have to retire!"

Well, for all the things I have to say about Amaro, there is one you will never here me say:

I hear that a lot and, frankly, I don't see it.

Sure, neither the Phillies nor the Flyers have a farm system worth mentioning and both GMs typically have their names tied to the biggest available players during the trade deadline and offseason but the similarities stop there.

If you take a close look at Paul Holmgren's tenure in Philadelphia you will notice that, while he is not without flaws, he is capable of recognizing and addressing the team's needs. Perhaps it involves what is perceived as a lopsided trade or bad contract but Holmgren get the players that he believes the team needs. Amaro gets the players that he wants.

In the nearly five years since Amaro has taken over for Gillick, I have yet to see him prove on even a semi-consistent basis that he is capable of recognizing needs and then addressing them.

You may ask: But what about the farm? The Flyers don't have any prospects either!

This point is open for debate but, for the most part, the Flyers biggest prospects are currently with the team. The Phillies do not have a Sean Couturier, Brayden Schenn, or even a Erik Gustafsson playing at any level as far as I can tell. Nor do they have a Samuel Morin, Robert Hagg, or Shayne Gostisbehere waiting in the wings.

The one thing they do have going for them, though, is that they're not in the poorly named Metropolitan Division, whatever the hell that is.