Deals must be worth it for Phillies 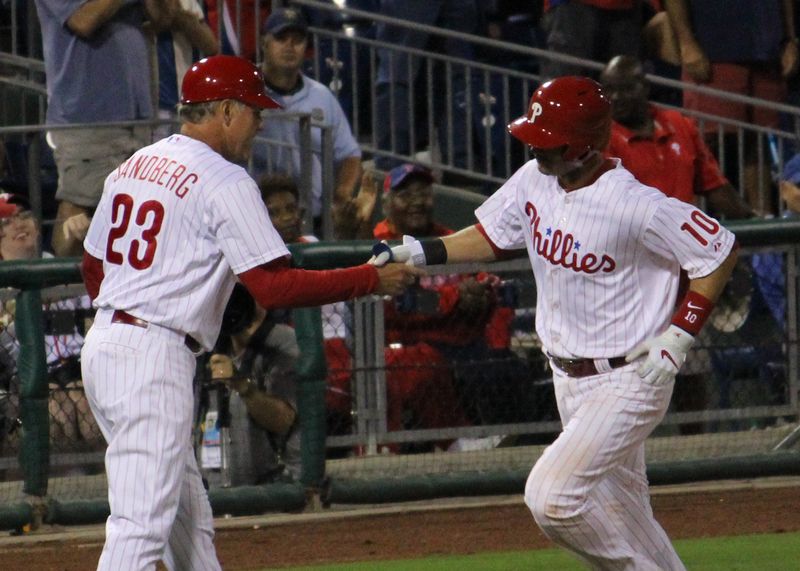 Michael Young could be on the move as the trade deadline rapidly approaches. (Kevin Durso/Philliedelphia)

The big splash of the deadline took place 17 hours before the trade deadline hit. As the clock was ticking on the amount of time left to make trades, the Boston Red Sox jumped in on Jake Peavy, picking up the pitcher from the Chicago White Sox in a three-team deal with the Detroit Tigers.

Boston had been discussing the possibility of trading for Cliff Lee. As the day progressed, more signs pointed to the Phillies passing on a deal.

Any trade for Lee would have to include a top prospect. The Red Sox were not willing to part ways with theirs - 20-year-old shortstop Xander Bogaerts. 23-year-old outfielder Jackie Bradley Jr. - the team's No. 2 prospect - was removed from his minor-league game early. That sent trade rumors swirling around Lee. When it was learned that his removal was due to an elbow injury, all trade talk with the Phillies appeared to be cancelled out for good.

As Ruben Amaro Jr. said on MLB Network on Tuesday, the Phillies have had discussions where they would be considered buyers and sellers. Charlie Manuel admitted that the Phillies were "a ways off" from being a team in contention.

The Phillies don't really have an identity at this season's deadline. They are 50-56 with 56 games remaining. They are eight games back in the wildcard race, more than they could claim a season ago when they trailed by 13 games on deadline day.

Therefore, both Amaro and Manuel are correct.

Amaro still held out some hope for the current season. If the Phillies continue to play the way they did on Tuesday night - their most complete team effort in over a week - they can make a run, just as any other team can. Baseball is as unpredictable as they come and Amaro certainly knows that, especially in a week when teams' approaches to acquire or trade players changes every five minutes.

Manuel's statement was more realistic. For once, he didn't give the same line about needing one big hit, making mistakes or all the other miscues and shortcomings that have cost the Phillies in recent weeks. Instead, he acknowledged the ability of his team in the now and did it with the most straight-forward and honest approach you will find from anybody this season.

The Phillies certainly can't hide from the eight-game losing streak that came to an end on Tuesday. It changed the whole complexion of the season.

What the Phillies won't do is freely sell. They won't give away players to gamble on prospects that aren't the most highly-anticipated in baseball. They won't stay put and slowly fizzle out for the purposes of getting a top draft pick. They won't ignore the fact that the season still goes on after this day is over.

So what you can expect to see is something similar to last season. At just six games below .500 - a far cry from the 11 games they were in 2012 - they will play out the season just the way they did last season. If they make any form of a run in that time, that will be the reasoning for whatever actions, if any, are made today.