Eagles Flyers Phillies Sixers About Us Write For Us
Chase Utley And Phillies Are Talking Extension; Price Surprisingly Reasonable
Deals must be worth it for Phillies 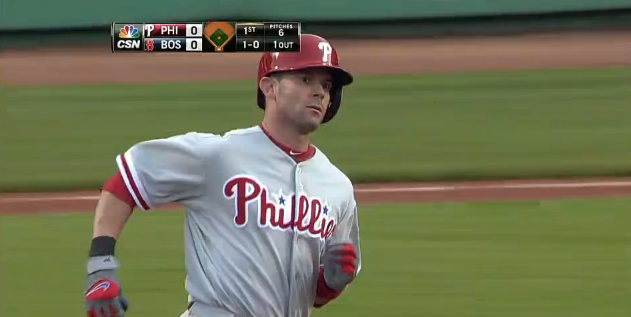 Michael Young has made it easier for the Phillies to trade him, reports Ken Rosenthal:

Source: Michael Young changes mind, willing to waive no-trade clause for #RedSox. Only was willing to go to #Rangers yesterday.

Perhaps the "Rangers-only" message wasn't supposed to come to light but did.  It only made it harder for Phillies general manager Ruben Amaro to trade him.   The return should be light, but playing time for Cody Asche would be worth it.