So, the Phillies blew an opportunity. The Boston Red Sox, according to CBS Sports' Jon Heyman, gave acquired starting pitcher Jake Peavy from the Chicago White Sox. Heyman says that shortstop Jose Iglesias is included in the deal.

This could mean highly touted prospect Xander Bogaerts will be called up to the Red Sox. That also means that Lee's chances of being dealt have largely been diminished. The Cardinals or Dodgers have been linked to Lee in the past, but it seemed that the Red Sox were the Phillies' best chance to upgrade their young talent.

Peavy has frequently been subject to injury over the last years, but the Red Sox seem to be willing to take a chance on him than a chance trading prospects for the more reliable be. 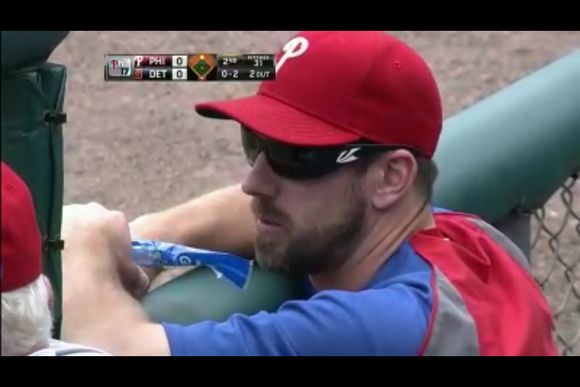