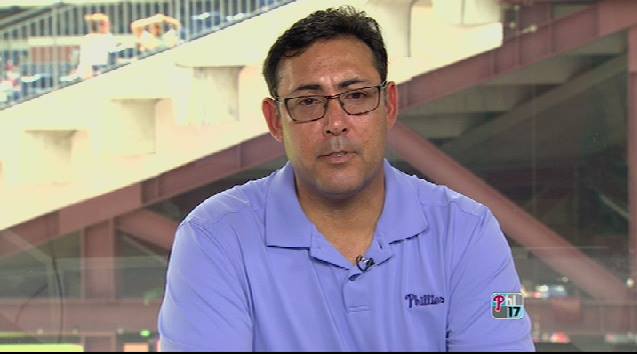 24 hours remain for teams to sell, buy and trade their players in an effort to either clear house or improve their roster for a play off run. The Phillies are definite sellers this July 31st, but so far have not made a fire sale. Unlike last year when the Phillies traded Hunter Pence and Shane Victorino to the Giants and Dodgers, respectively, they have yet to make any transactions yet.

With Cliff Lee the hot ticket item for all buying teams this hour, few teams have caught on, but only one has come close to sealing a deal. This afternoon it was reported that Lee was most likely headed to Boston if the Red Sox would give up their best prospect, Xander Bogaerts and then some. Lee, who the Phillies have traded before, has made it known that he wants to win – and clearly the Phillies are not in any shape to contend for a title.

With three years left on his contract after this season, almost amounting to $78 million, Lee's price tag has scared away some teams.

This afternoon, Phillies GM Ruben Amaro Jr. spoke on MLB Network discussing how he intends to improve his team for the time being or for the time to come.

Ken Rosenthal tweeted that Ruben Amaro Jr. said that he believes that there is "a very little chance" of Cliff Lee being moved. Now we all know Ruben Amaro can bluff – remember how he pulled off Cliff Lee (2009), Roy Oswalt (2010), and Hunter Pence (2011)? Yeah. With 24 hours left before anything is official I wouldn't take his word for anything.

The only thing we can probably agree with Ruben is the issue of Michael Young. Amaro noted that the Phillies moving Young is "pretty remote". Young has a full no-trade clause in his contract, but it has been said that he is willing to waive it for the Texas Rangers – the team he left to come to Philly.

Rumor has it that the Phillies are planning to deal Michael Young. The club called up infielder Cody Asche from Triple-A Lehigh this afternoon and it seems pretty likely that Michael Young will be headed out the door. The only problem is his no-trade clause. If the Phillies do end up trading him back to Texas, who in return could they get? He's batting .277/.342/.402 with seven homers and 32 RBI in 98 games and he has been pretty healthy all season long.

As of tonight, Michael Young is still a Philadelphia Phillie. He is hitting second in the lineup against the Giants tonight. Don't be surprised if he gets pulled out before the 27th out.

As for Cliff Lee – don't hold your breath. The Red Sox will have to give up their best prospect and some change for him and that's a risk they know they will have to take.