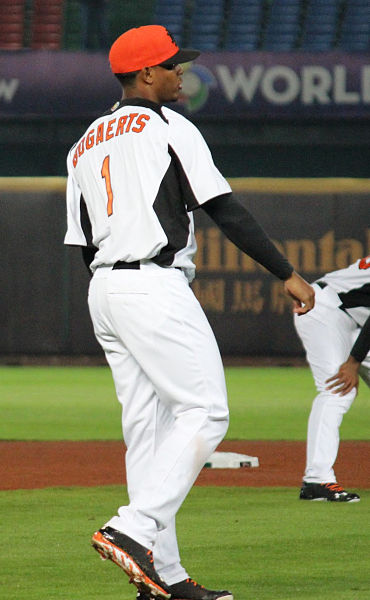 The Phillies very well could trade Cliff Lee to the Boston Red Sox.  The deal sounds like it hinges on whether or not the Red Sox are willing to trade their top prospect, Xander Bogaerts .  John Tomase of the Boston Herald reports that it's Bogarts or no deal:

The odds of Cliff Lee joining the Red Sox remain remote, but the viability of any potential deal has come down to this – whether the Phillies or Red Sox will blink over Xander Bogaerts.

Industry sources familiar with the thinking of both teams make it clear that even if it’s a longshot, there’s theoretically a deal to be made that will bring the All-Star left-hander to Boston, but it will require concessions on both sides that are currently proving too much of an impediment.

Red Sox fans are really afraid of losing him:

I would love to have Cliff Lee but no way in hell at the expense of Xander Bogaerts. #RedSox

If you're willing to trade Xander Bogaerts for Cliff Lee, you're an idiot

@Ken_Rosenthal is an idiot. The @RedSox should absolutely NOT trade Xander Bogaerts to Philadelphia for Cliff Lee.

Why is this Sox fan calling him an idiot?  Well, Ken Rosenthal of Fox Sports thinks that the Red Sox SHOULD pull the trigger, but does not believe that they will:

Sox manager John Farrell knows Lee well – he was the Indians’ farm director when the pitcher was rising through the Cleveland farm system. Oh, and keep this in mind: There will be no better option than Lee in the upcoming free-agent market.

Of course such a trade would be painful for Boston; Bogaerts, 20, indeed looks like the real thing. The Sox, in fact, regard him perhaps even more highly than they did Ramirez in Nov. 2005. Ramirez, even in his youth, sparked makeup questions. Bogaerts, a native of Aruba, speaks four languages, “lights up a room,” according to Farrell.

The kid is wonderful. The kids are always wonderful. But winning a World Series is wonderful, too – yes, even more wonderful than rising to the top of Baseball America’s organizational talent rankings.

The Sox won’t do it. They should.

Maybe they will change their minds.  He would be fantastic in Philly.  My only question is: where do you play him if you are clogging up the infield with three players from 2008?