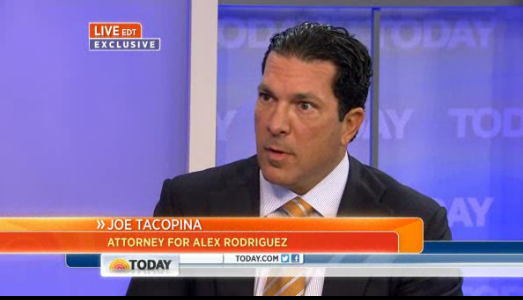 Matt Lauer countered by saying that overnight he was sent such an agreement from Major League Baseball, signed, just in need of Tacomina's signature so that they could talk about the facts surrounding the case openly.

Tacomina was completely stunned.  Now that he was caught, I am sure that he will never sign such a document.

Visit NBCNews.com for breaking news, world news, and news about the economy