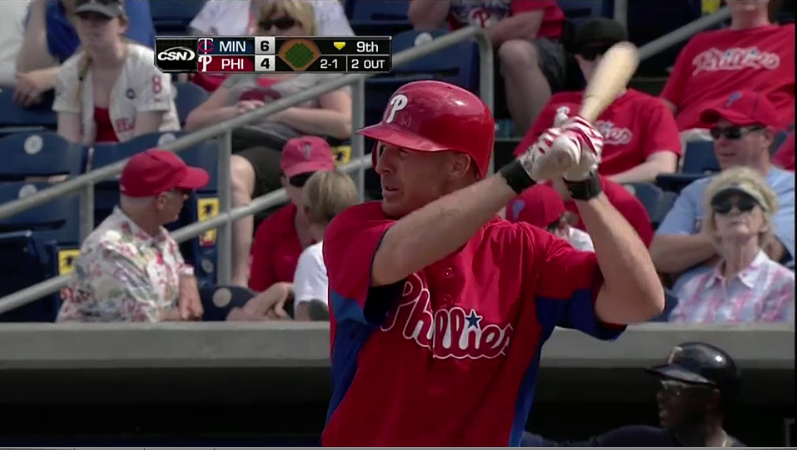 Cole Hamels looks to stay hot against a team that's given him trouble in the past in the Mets.  While he's gotten his ERA down to 4.34 at Citi Field, it's not been the kindest park to him in his career. Still he's a hot pitcher right now pitching like the guy we signed up for. He's really had a nice second half. If you subtract the first month and if his team scored runs for him, he'd probably be in the Cy Young race. However, you'll take what he's doing right now any day.

Facing him is Daisuke Matsuzaka who has been set back over the years by various injuries and struggles. He just saw his first big league action of the season for the Mets on Friday. Dice-K is probably best known in Phillies history for throwing 7.2 innings of no hit ball on May 22, 2010 until Juan Castro hit a bloop single to spare us the shame. I was there and personally at that point, I wanted to see the no-no.

Unfortunately for the Phillies there is no Juan Castro but they do have utlity whiz Pete Orr making his first start in the major leagues in quite some time in left field tonight. Why not, I'll make him my pick to click! Domonic Brown continues to stay sidelined. Asche is back in the fold at third base.