In Grand Scheme Of Things, Philadelphia Eagles Loss To Denver Broncos is Meaningless 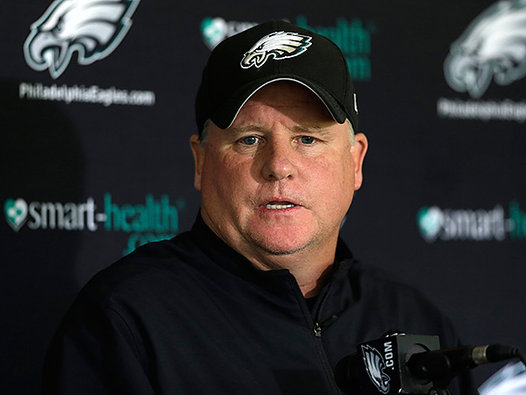 As difficult as it may be in practice, the reality is the Philadelphia Eagles lopsided loss to the Denver Broncos must be viewed in the same scope of an August preseason defeat.

True, the Eagles got caught up in the stampede of Peyton Manning and the Bronco's flawlessly dominant 4-0 start to the season in Sunday's 52-20 loss at Sports Authority Field at Mile High on Sunday.

It is indisputably one of the worst losses in the history of the franchise and the first time an Eagles team surrendered more than 50 points since 1972.

However, given the landscape of the NFC East and the conference in general, the outcome is entirely meaningless.

“I’m looking for the guys to come back enthused, focused on the New York Giants,” Michael Vick said. “A different attitude, a different approach. It took us three or four days to get over the loss to Kansas City. That shouldn’t happen."

But it has to happen.

The Eagles have rounded the quarter pole of Chip Kelly's first NFL season at 1-3, but are in far from terrible shape which runs contrary to what took place on the field on Sunday. Almost inexplicably even at two games under .500, the Eagles are in second place in the NFC East just one game behind the Dallas Cowboys.

With a win over the New York Giants on Sunday at Metlife Stadium, the Eagles would move to 2-3, as well as 2-0 in both the division and conference with very winnable games upcoming against the Tampa Bay Buccaneers and Cowboys after that.

Not every team the Eagles face this year will be in the midst of an undefeated season as the Chiefs and Broncos are. The games will become more manageable as the season goes along and much more navigable than playing three games in 11 days to start the season followed by three consecutive road games.

“We’re going to go to work and figure this thing out," Kelly said yesterday. "If you are feeling sorry for yourself, then we haven’t made progress. They come back to work on Tuesday, then I’ll be excited about this group as we move forward. I really believe they will.”

The Giants game is the linchpin game for the rest of the season. A win keeps the good ship Chip afloat and competitive, setting the tone for a run at the division title in Kelly's first season as an NFL head coach. A loss, and the slide further away from competitiveness will become more obvious than the team's 2-14 record since starting last season 3-1.

It all hinges on the Giants game, but a win on Sunday will make Sunday's debacle a meaningless blip on the radar screen of a 16 game marathon NFL season.