Phillies Will Draft Seventh; First Round Pick Is Protected 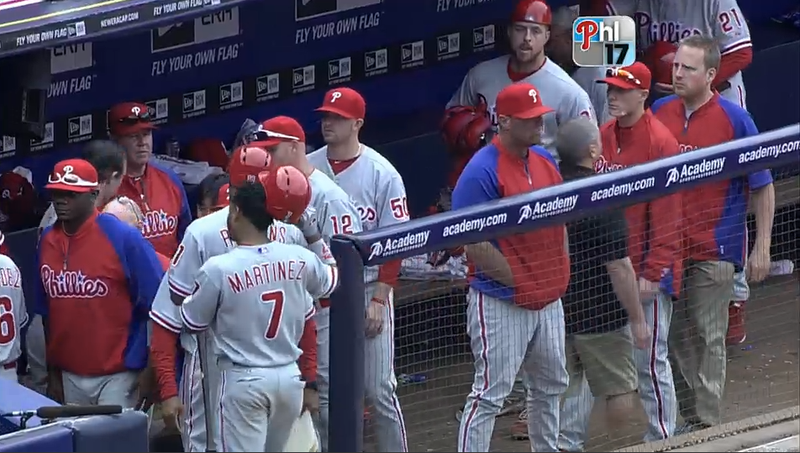 For the first time in years, the Phillies have a first round draft pick in an impact position.   The one consolation from the Phillies' disappointing 73-89 season is that the Phillies have a shot to draft a player who will make an impact in the future.  The return will not be seen for a few years, of course, but that depth will pay off eventually.   The Phillies will draft seventh in the 2014 draft and that pick will be protected.

The Phillies have not drafted as high as seventh since 2001, when the Phillies selected Gavin Floyd with pick number four overall.  The name "Gavin Floyd" is not going to make any Phillies fan salivate, but hey, they did trade him and Gio Gonzalez to get Freddy Garcia.  But, there is great potential and better selection in picking seventh.

Because the Phillies finished in the bottom 10 this season, the Phillies will be free to sign free agents without giving up a first round draft pick.  Last year the Mets finished 11th overall and were deterred from perhaps signing free agent Michael Bourn and others.  A rebuilding team could sign a long-term free agent with the later rebuild in mind, even if contention is not imminent if they feel that the opportunity is there to do so without sacrificing young talent.  Any team who makes a qualifying offer to their departing free agent will be granted compensation for their loss, but if a team finishing in the top 20 signs those players they must surrender their first round draft pick.

This offseason the Phillies can sign their choice of the free agent crop and it really will only cost them money.  The problem with that is that the free agent crop is pretty thin.  Phillies General Manager Ruben Amaro, Jr.  indicated that he could be looking to upgrade at any position, even when they appear to have someone.  Jacoby Ellsbury could be an upgrade over Ben Revere, for example.  Nelson Cruz could be worth a shot, even though he spent the last 50 games sitting out a suspension for his involvement with the Biogensis Clinic and performance enhancing drugs.

Pitching is another need for the Phillies and the free agent list has some.  The free agent "prize" would be Matt Garza, former 2008 World Series foe.  However, Garza has missed time each of the last two seasons with injury, and could be a risky proposition.  Ervin Santana, Edinson Volquez, and Josh Johnson could be worthy of a look.

None of those names are really all that much to get excited about, but the Phillies could have significantly less competition if their respective teams make a qualified offer and teams do not wish to give up a draft pick to sign them.

The Phillies are in a position of which they are not accustomed, and there are benefits to being in this situation.  The Phillies can draft for the future and sign for the future at the same time.  Some cards well-played in the free agent market can bring the Phillies back to respectability in 2014 and beyond.