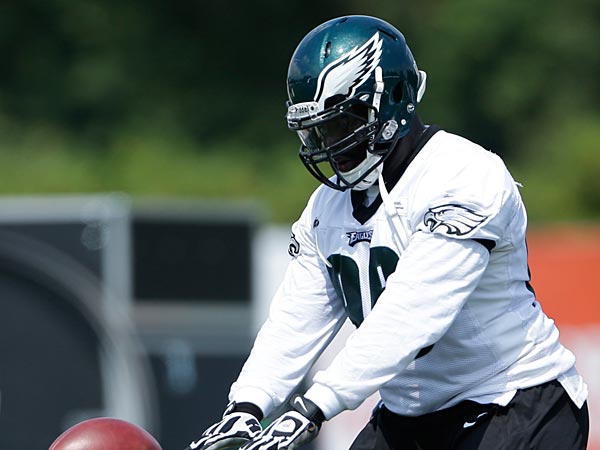 In spite of him only getting limited snaps for the Philadelphia Eagles this season, the team trading away Isaac Sopoaga to the New England Patriots Tuesday certainly means more opportunities for the team's young defensive linemen.

"I thought Isaac did a nice job for us, but we felt like we had a couple younger guys that we really need to continue to get in there, and when they've played, they continue to really produce," Kelly said Wednesday at the Novacare Complex. "I think Clifton Geathers is a great example.  Clifton Geathers played 13 snaps on Sunday versus the Giants and had three contacts with the ball, and he's a guy that just keeps getting better. I think Bennie Logan is a guy we need to see more of. Damion Square is a guy who was up for of course two games, but because we kept seven defensive linemen, we brought Vinny up and Square down, but you watch Square every day in practice and I think Square, Logan and Geathers need more reps."

As the Eagles defense has markedly improved over the course of the last three weeks so has the play of the team's line.

"I think the strength of our team on the defensive side of the ball has been our defensive line and the production that we're getting out of those guys," Kelly pointed out Wednesday.

After dealing away Sopoaga, 32, not only do the Eagles possess an improving defensive front but also the youngest defensive line with an average age of 23.6 with Cedric Thornton, Vinny Curry, and Geathers the elder statesmen of the group at the ripe age of 25.

Geathers has already been a steady contributor as has Fletcher Cox But Tuesday's trade makes it evident that getting Square and Logan on the field is a top priority for both Kelly and the front office.

Logan who has played sparingly this season and totaled six tackles, is now officially listed as a starter on the team's depth chart.

The youth movement has stepped up as the Eagles offense has grounded to a halt with the defense as a whole allowing an average of 16 points per game over the past two weeks.

"We certainly have a brotherhood as a group," Square said. "I think we're doing well but there's no pat on the back because we're just doing our job. Everything is just moving a little faster it's always been our goal to get better."