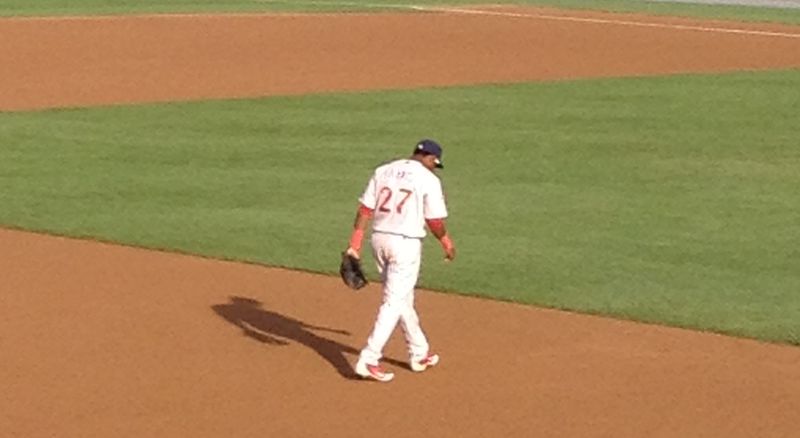 There is a neat piece on milb.com today about Phillies prospect Maikel Franco.   He is a winner of the MiLBYs – fan-chosen year-end awards for Minor League Baseball.  Franco was voted by fans as "breakout prospect".

"If you project him out to be 25 or 26 [years old] and he's had a couple years in the big leagues, I would expect him to be a real good contact hitter with a minimum number of strikeouts," said Cacciatore, who likened him to Domonic Brown and said he hopes fans will see him at Citizens Bank Ballpark within the next 12 months.

Franco could find himself in Major League Spring Training in 2014 and get a chance to spend some time with the big club.  Some think he could play himself onto the big league club.  Franco would have what the Phillies need: power from the right side.

Check out the piece here.