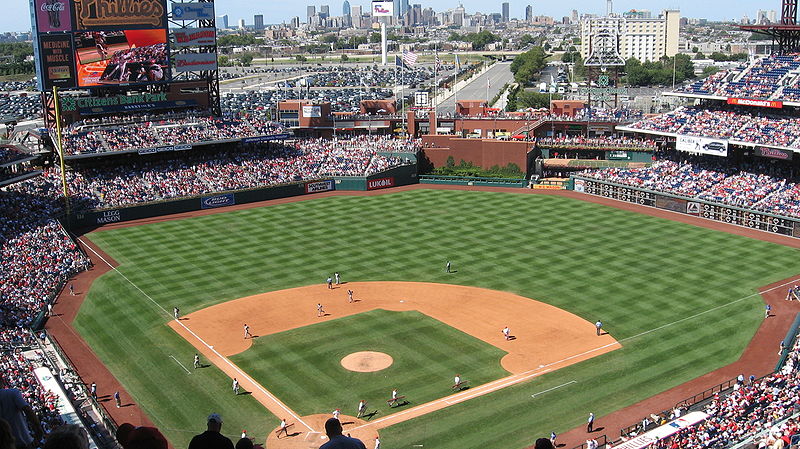 Citizens Bank, despite many stupid commericals with the founding fathers of the United States, Citizens Bank is part of the British-owned Royal Bank of Scotland.  The report states that TD would be very interested should there be a sale:

TD Bank has long coveted Citizens, which is worth about £8bn. The Canadians are understood to have become more interested since the summer.

George Osborne’s threatened break-up of RBS (Royal Bank of Scotland) into “good” and “bad” banks has led bidders to believe that a sale of Citizens, which is already part of RBS’s strategic plan, could be brought forward.

So, even if TD is not the buyer, the Royal Bank of Scotland intends to sell Citizens Bank.  It is indeed possible someone buys the bank and keeps the name intact.  But more than likely, another bank will swallow up Citizens Bank and change the name.  Citizens Bank is already made up of a combination of Mellon and PSFS banks.   Citizens Bank bought out Mellon-PSFS in 2001.

Philadelphia fans are accustomed to seeing sports venue name changes as the result of bank mergers.  Originally designed to be called "Spectrum II", the Flyers and Sixers arena has been called the Core States Center, First Union Center, the Wachovia Center and the Wells Fargo Center since it opened in 1996.

Worse than a name change: TD buys the bank and lays off tons of Philadelphia employees.  As we saw when TD bought Commerce Bank, they will not keep two branches on the same block of the same bank.   Let's hope for the best.

The Phillies sold the naming rights to Citizens Bank for $95 million over 25 years, which includes $57.5 million for naming rights and another $37.5 million in an advertising package.   That means that after 10 years of stability, the Phillies have 15 years of an unknown.   Hopefully, the deal provides an out-clause for the Phillies should the bank be sold.  Besides being able to control the name, the team would benefit much more financially if they were to sell now.