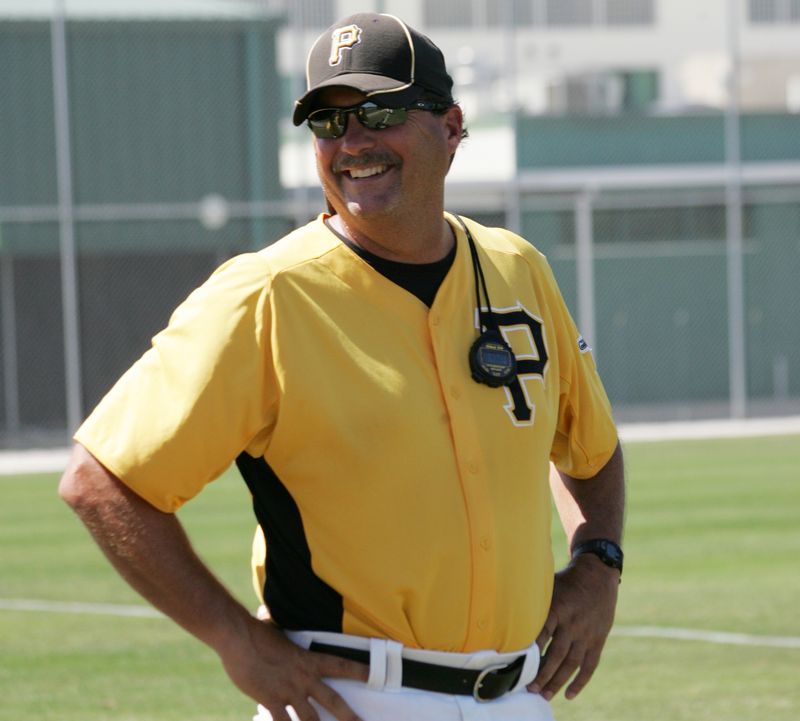 We learned late last night that the Phillies lost out on Bryan Price, a candidate for the open pitching coach position.  Price accepted the manager's job with the Cincinnati Reds.   Today another name emerged as a candidate for the Phillies open position for the first time: Pittsburgh Pirates executive Jim Benedict.   Benedict is officially a "special assistant" to the Pirates, working in a capacity that enabled him to get credit for the transformation of Pirates starter Charlie Morton.

Rob Biertempfel of the Pittsburgh Tribune reports that the Phillies have interviewed Benedict:

Benedict is 52 years old.   He spent several years in the 1980s in the minor leagues, but never did make a big league roster.

Dejan Kovacevic, of the Post Gazette, wrote about Benedict's transformation of Charlie Morton back in 2011 before Morton broke out as a big league starter:

Jim Benedict, the Pirates' minor-league pitching coordinator, sat behind his desk at the team's spring complex on this mid-February morning in Bradenton, Fla., and Morton grabbed a chair, as well. Benedict is one of those baseball lifers whose perpetually frowning mustache and seed-spitting style make him a classic Hollywood character in one sense, but all business in the real world. And this, for sure, would be all business. There were no windows, no framed pictures. The stark, white walls left nowhere for these two to hide from a conversation that, for very different reasons, neither wished to have.

Benedict clicked on his laptop to begin a video. It opened with Morton pitching in 2001, his junior year of high school in Fairfield, Conn. Benedict would pause, frame after frame, to show Morton how his body had to contort, head bobbing, back out of whack, for his right arm to follow through its delivery directly overhand.

"Look at the effort," Benedict told him. "Look how hard you have to work to take your motion that high."

But Morton's story is not the only success story in Benedict's career.   Bob Cohn of Trib Total Media penned this piece about Benedict just this past August.  He received high praise from those on the Pittsburgh Pirates' staff:

Reliever Mark Melancon, who is having a career year in his first season with the Pirates, calls Benedict “kind of a guru when it comes to pitching.”

Then there is Benedict, who has impacted most of the big league pitchers and several in the minors. He helped Melancon become an All-Star and Francisco Liriano an ace again. He rebuilt Charlie Morton's mechanics (getting to Morton too late to prevent Tommy John surgery, however) and is part of the ongoing Gerrit Cole project.

“You can see how he's been a big part of really crafting their entire pitching program, and how they're on the same page with every little thing,” an American League scout said.

The piece mentions that Benedict has a master's degree in history and is generally thought of as an intellectual…the type that can turn a pitching staff around.

The fruits Benedict's labor were seen in 2013 in the Pittsburgh Pirates' playoff team.  He cannot get all the credit of course, but the players really seem to rally around Benedict.  Benedict could be just what the Phillies pitching staff could use.