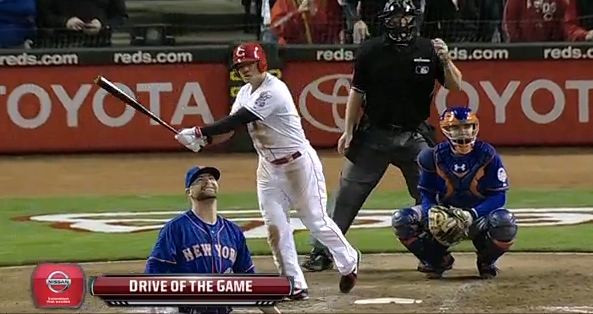 The Phillies need offensive help.  Big time.  And now, reportedly, the Phillies are going to be considering all big name free agent bats available in the outfield.   Without having to give up a first round draft pick to sign a player, this offseason would be as good as any to add some free agents to the team.

Heyman writes that the Phillies will do whatever they can to add offense:

The Phillies are targeting big-time free-agent outfielders and baseball people expect them to be in the mix for Jacoby Ellsbury, Shin-Soo Choo, Nelson Cruz and possibly Curtis Granderson.

The Phillies have long been interested in Marlins star outfielder Giancarlo Stanton, but there's no evidence to this point Miami would consider trading him.

All of those free agent names are left-handed except Nelson Cruz, which could mean some dominos fall that lead to other players leaving town.

Also, Heyman notes that the Phillies would have been interested in re-signing former Phillies outfielder Hunter Pence.  Pence, though, re-signed with the San Francisco Giants before ever hitting free agency, signing a six year, $90 million contract extension with just weeks to go in the 2013 season.

Heyman also notes that the Phillies will look at relief pitching and catching, too.

They have many pieces to go in building a competitive team.  As of now, the Phillies appear to be willing to be big players this offseason.