Report: Eagles Had Deal In Place To Acquire Tony Gonzalez in 2008 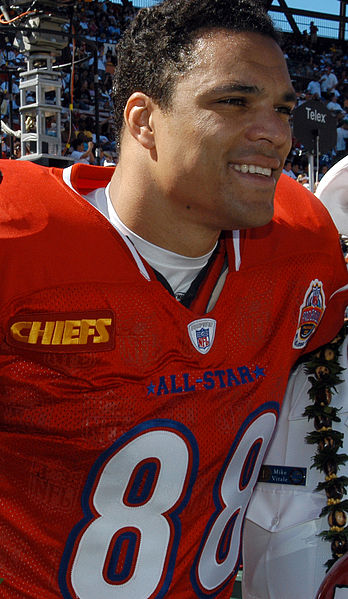 Tony Gonzalez was reportedly nearly an Eagle in 2008 before being traded to the Atlanta Falcons in the offseason.

With the NFL trade deadline looming on Tuesday afternoon at 4pm, it's time to take a trip down memory lane.

In 2008 the Eagles were in the midst of making their most recent run to the NFC championships game with LJ Smith at the team's starting tight end. According to Jay Glazer and a report on Philly.com, the Eagles were moments away from possibly acquiring future Hall of Fame tight end Tony Gonzalez from the Kansas City Chiefs.

During Jay Glazer's appearance on WFAN radio in New York the Fox Sports NFL analyst revealed that both the Eagles and Green Bay Packers had deals in place for Gonzalez and it was up to him to choose between the pair of 3-3 teams.

“The Kansas City Chiefs had a deal done with the Philadelphia Eagles and the Green Bay Packers to trade Tony Gonzalez before he went to the Falcons that offseason, during the year,” said Glazer.

“It came down to about 20-25 minutes before the trade deadline. And it was agreed upon. It was a 3rd round pick, plus a player, and Tony was going to have to pick which team, and was all for it. It was going to be the Packers or the Eagles. And again, Andy Reid had told us, (Packers head coach) Mike McCarthy had told us, and at the 11th hour (Chiefs president) Carl Peterson says ‘Eh, you know what, ask them for a 2 instead of a 3.’ And [the deal] had been done, and Tony thought he was gone.”

The Eagles ultimately went on to select a running back out of the University of Pittsburgh named LeSean McCoy with their second- round choice in the 2009 draft and the Chiefs ultimately received a second-round draft choice from the Atlanta Falcons in exchange for Gonzalez.

While it's hard to argue against having McCoy on the roster, one has to wonder what may have been in the NFC Championship game against the Arizona Cardinals had Donovan McNabb had Gonzalez at his disposal rather than Smith who posted just one catch for five yards in that game.