Should Of Kept? Phillies Fans Pine For Shane Victorino 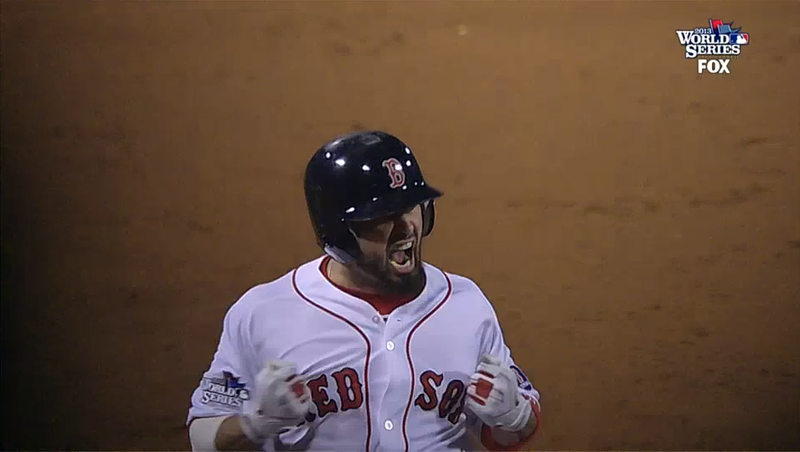 Last night the Boston Red Sox won their third World Series title in ten seasons when they defeated the St. Louis Cardinals 6-1 to take game six.    The Red Sox offense was little beyond David Ortiz for most of the series.  But game six went to the Red Sox thanks to the offensive contributions of former Phillies outfielder Shane Victorino, who drove in four runs.  The box score will tell you that Victorino hit .154 in the World Series, but the big hits had Phillies fans wishing that Shane Victorino was still in a Phillies uniform.

So, would the Phillies have better off keeping Victorino?   For a clear answer to that question, there are many things to consider.  It is clear, however, Victorino was a perfect fit for the Boston Red Sox.

What position would Victorino play on the Phillies?
Shane Victorino played right field for the Phillies in 2006 after Bobby Abreu was dealt to the New York Yankees and moved to center field in 2008 after the Phillies let Aaron Rowand walk away as a free agent.  When the Phillies were assessing their needs after 2012, the Phillies felt the clear need to bring in a younger, speedier center fielder.   A great deal of Victorino's outfield success came with his speed.  If he got a bad jump or took a bad route to a ball, his speed always made up for it.  However, as with any player in his 30s, Victorino's speed would surely decline so they looked for young Ben Revere.

The Phillies need a power bat in right field and that is more clear than ever.   With the Phillies committed to Rollins and Utley and a youthful center fielder up the middle, Victorino probably would not be a fit in right field.

Victorino has said he would return to switch-hitting next season, but I tend to doubt it.  His success as a right-handed hitter was too strong to give up at this point.

Boston is the Perfect Fit
I think much of Victorino's success has to do with the team he is on.   Right field in Boston is perfect for his defensive ability, and the coaching staff helped get the best out of Victorino.  Moving Victorino to right field may have been seen as a demotion to Victorino and he may not have taken it that well.  The Phillies did not have the offense elsewhere for Victorino to fit into the lineup and I am not sure that Phillies leadership would have thought to move him away from switch-hitting.  In this case, I think the enviornment. the needs of the team he signed with, and coaching of the Boston Red Sox all lined up perfectly for him to have success.  I am not sure he would have found it here in Philadelphia.

But of course, we Phillies fans are happy for him.  Congratulations on your ring, Shane.