Eagles A Picture of Health As Stretch Run Looms Large 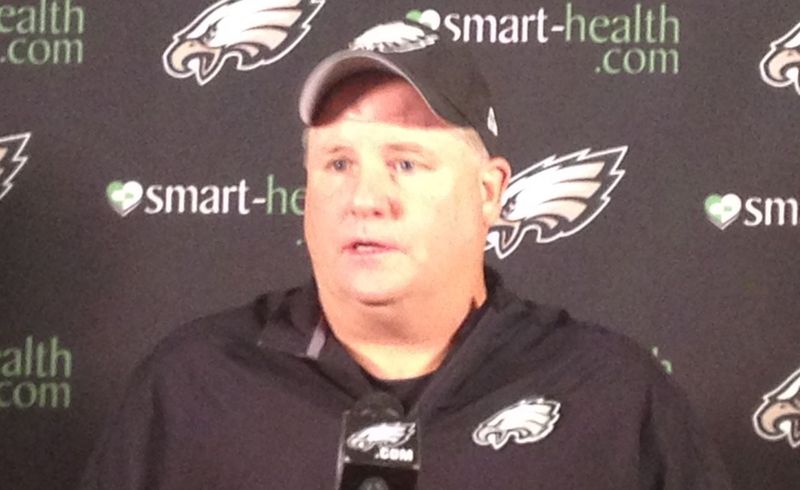 Chip Kelly has the luxury of a largely healthy roster entering his first NFL stretch run as Eagles head coach.

Chip Kelly's Eagles are entering their first stretch run not only with an NFC East division title within their grasp, but doing so from a standpoint of being relatively healthy in doing so.

Earl Wolff was the only player sidelined during the team's first practice after returning from the bye week in preparation for Sunday's matchup with the Arizona Cardinals. The rookie safety is battling a knee contusion and he confirmed after practice that he hopes to be ready to go as early as next week.

“There’s a lot of guys that were nicked up, banged up, that are 100 percent cleared for practice,” Kelly said. “So we’ll get a chance to see them go out there and run around. … It’s a good situation to get some of those guys back who were nicked up.”

Outside of Jeremy Maclin tearing his ACL in training camp, the Eagles have been fortunate enough to avoid serious injury to a key contributor on either side of the ball this season.

The Eagles have five players currently on IR, and all five suffered those injuries during the preseason or training camp.

Linebacker Mychal Kendricks (knee) and corner Bradley Fletcher (pec) missed the game against the Redskins two weeks ago and both returned to practice on Tuesday under the bubble at the Novacare Complex.

After Nick Foles was named the Eagles starting quarterback for the remainder of the season, Michael Vick returned to practice after battling a pulled hamstring for the last several weeks and will serve as the team's primary backup barring a setback.

Kelly's continued focus on sports science in every aspect from getting proper rest to how his team recovers from games and practices has certainly contributed to the lack of significant injuries the players are dealing with as the calendar is about to turn to December.

This time of year as is the case on any team across the league, being healthy is perhaps the most valuable attribute a coach can ask for.

“You’ve got to have all hands on deck, and it is a good situation," Kelly said. "You wish you had Earl with it, but besides that, the guys have done a really good job of taking care of themselves and putting themselves in position so that when we get back out there today everybody [other than Wolff] will go.”