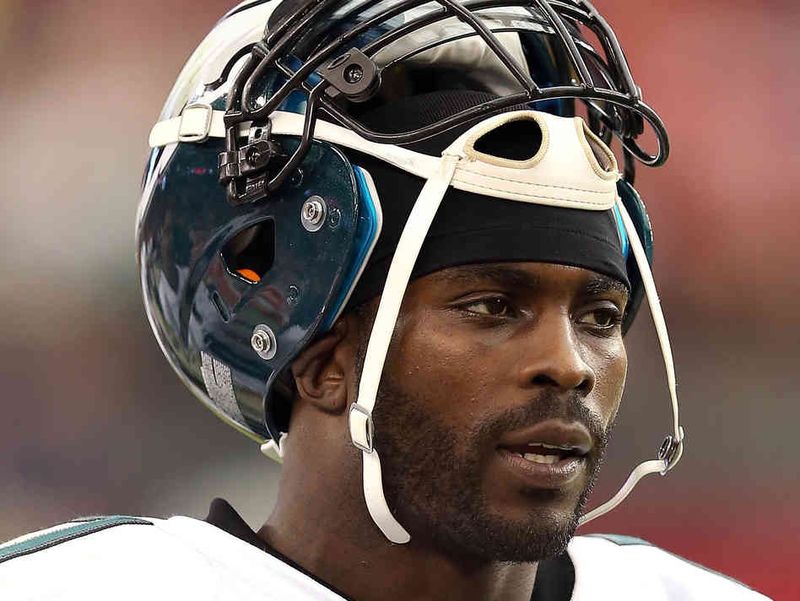 Eagles quarterback Michael Vick praised Nick Foles and the team at large after learning that Foles would be the starter for the remainder of the year Tuesday.

It would have been easy for a quarterback in Michael Vick's situation to take a shot at the head coach, the organization or even Nick Foles on the day that he lost his starting quarterback job.

That wasn't how the 34-year old Vick handled his demotion a mere hours after head coach Chip Kelly turned the reins of the franchise (at least for the remainder of this season) over to Foles.

"It's not disappointing at all," Vick told a group of reporters in front of his Novacare Complex locker Tuesday. "I'm still part of an organization that took great care of me. Gave me all the opportunities and possibilities that I could ever imagine and it's great to be a part of.

"You obviously want to play and be out there, but you can only control what you can control. I'm just happy to be a part of it."

Vick said that Kelly pulled him aside and met with him individually to give him the news.

In six starts this season Vick has amassed 1,215 passing yards, five touchdowns and three interceptions while completing 54.6 percent of his passes.

Even before succumbing to a hamstring injury against the New York Giants on October 6th, Vick and the Eagles otherwise prolific offense struggled mightily in the red zone. In his absence, Foles stepped in and has posted historic numbers, passing for 1,554 yards, 16 touchdowns without giving up an interception and leading the Eagles to a 4-1 record as a starter.

"I think Nick has done a great job just blocking everything out and realizing that the most important thing is going out there and putting our football team in the best position to win games," Vick said. "He's done everything you could ask from a work ethic standpoint, studying film, preparing he's done a great job of that."

Word of the quarterback change trickled down to the players through the media according to several offensive veterans.

"We kind of found out through you guys, but that doesn't change how we prepare each week," Brent Celek said. "[Foles] is a good quarterback and he's played very consistent. I think at any position in the NFL you have to be consistent and he's done a great job of that both on and off the field."

As for Vick, it appears that barring an injury to Foles, he will not be making another start for the Eagles this season. That doesn't mean that the four-time Pro Bowler is ready to resign to being a backup quarterback for the remainder of his career.

"You're damn right I think I can start," Vick joked. "What did you expect me to say?"

Still, Vick restructured his contract and returned to Philadelphia this season with the opportunity to be the starting quarterback under Kelly and eleven games in he finds himself riding the pine.

"If I could do it all over again I would," Vick said. "I don't regret anything. I had an injury but that's football, there's nothing you can do but stay positive. I never regret anything at all in my life, I never have and never will. I'm still thankful that I came back because I learned a lot. A lot about football, a lot about the game, so much about taking care of myself that it's kind of an affirmation for me."