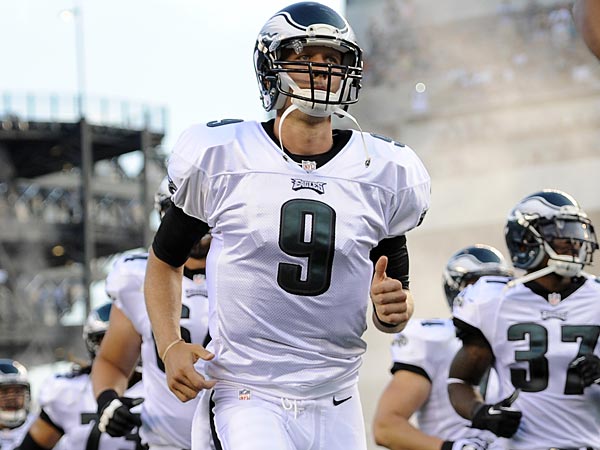 Following his historic month of November, Eagles quarterback Nick Foles has been named NFC Offensive Player of The Month..

Nick Foles has had quite the month of November.

First, he threw for seven touchdowns against the Oakland Raiders on November third which earned him NFC Offensive Player of The Week honors for the second time this season. Then, Tuesday Eagles head coach Chip Kelly named the second-year signal caller the team's starting quarterback for the remainder of the season. Finally, he added even more hardware to his growing mantle.

Wednesday the NFL announced that Foles has been named the NFC Offensive Player of The Month for November.

Under Foles' watch, the Eagles have elevated to the top of the division as the signal caller posted a 3-0 record for the month and is 4-1 overall this season, but he also posted the highest passer rating for any calendar month in NFL history at 152.8.

Foles is the fourth Eagle in team history to take home the NFC Offensive Player of The Month award joining Randall Cunningham, Donovan McNabb and Michael Vick. Vick is the most recent player to do so, in 2010.

As the Eagles enter the final five games of the season, Kelly has made it clear that Foles will finish the season under center regardless of the health of Vick. On the season Foles leads all quarterbacks in passer rating, 128.0, and has thrown for 16 touchdowns and zero interceptions.