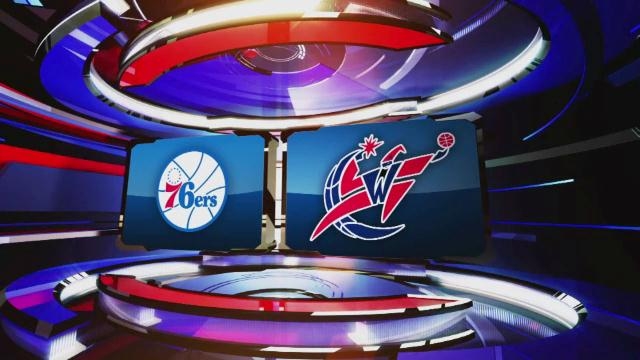 After
being down for 3 and a half quarters of the game, the 76ers went on a tear at
the end of the 4th quarter to defeat the Washington Wizards 109-102.

John Wall came out and had his way with the Sixers
defense from the start. He scored 13 of the Wizards first 17 points. He led the
charge for Washington, as they had a double digit lead for much of the game.
The Sixers kept fighting though; they played hard, hustled, and began to make
their shots.

Thaddeus Young had an amazing bounce-back game from
his opening dud, leading all scorers with 29 points on 14-20 shooting. He also
added 8 rebounds and 2 assists. Evan Turner turned in his second straight
20-point performance, adding 23 points, 6 rebounds, 4 assists, and 2 steals.

Turnovers were a problem for both teams in this
game, especially in the first half. The Sixers turned the ball over 19 times,
while Washington did it 17. The Sixers eventually cleaned it up towards the end
of the game, and once again managed to shock both their fans, and NBA fans
everywhere.

Michael Carter-Williams added 14 points, 3 rebounds,
5 assists, and just 1 steal. While these are decent numbers for the rookie, it
is a huge step back from his opening night performance. We can expect
Carter-Williams to go through these ups and downs all season long.

Spencer Hawes turned in an extremely productive line
for the second game in a row. He scored 16 points to go with 14 rebounds and 5
assists. If Spencer can stay healthy and continue this type of production
throughout the course of the season, the Sixers will be able to win games.
Let's see how Hawes does tomorrow night against the frontcourt of the Bulls.

James Anderson disappointed once again on offense,
scoring just 3 points. Defensively he is a very sound player. I like his energy
on the defensive end of the floor. But his shots are not hitting. He has great
vision of the floor, as he had 6 assists tonight. I think Anderson's offensive
game will come around eventually, adding another weapon to this high-octane
offense.

The Sixers come back home tomorrow night to face the
Derrick Rose and the Chicago Bulls at 7:30. This is another tough test for this
young Sixers team to see if this 2-0 start is a fluke. One thing is for sure,
the Sixers have grabbed people's attention.