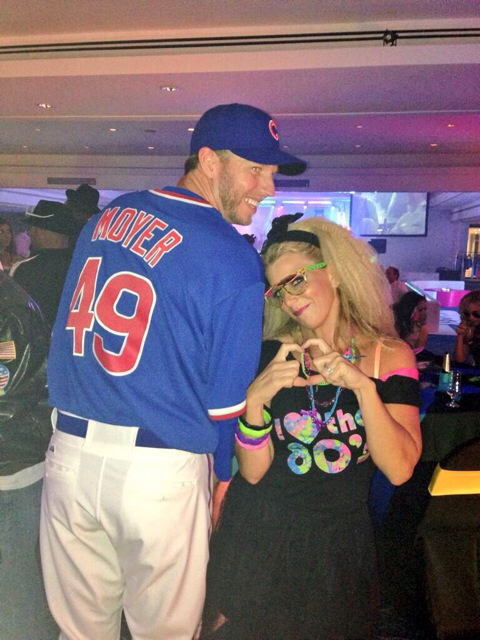 Everyone loves a good 1980's party.  Former Phillies pitcher Roy Halladay appears to be making good use of his retirement by attending such parties.  In doing so, he dressed up as one of our favorite former Phillies who played in the majors in the 80s.   No, not Von Hayes, but Jamie Moyer.

Moyer himself seemed to appreciate the gesture:

@kmo50Moyer Fallin in love with 1986 #49 @Cubs thanks Roy and Brandi for the tribute #80scostume pic.twitter.com/yb0Oi7gBmC

I definitely think that Halladay deserves a spot among the top 1980s-inspired halloween costumes.  Props to Brandy Halladay, too, for her slap bracelets.