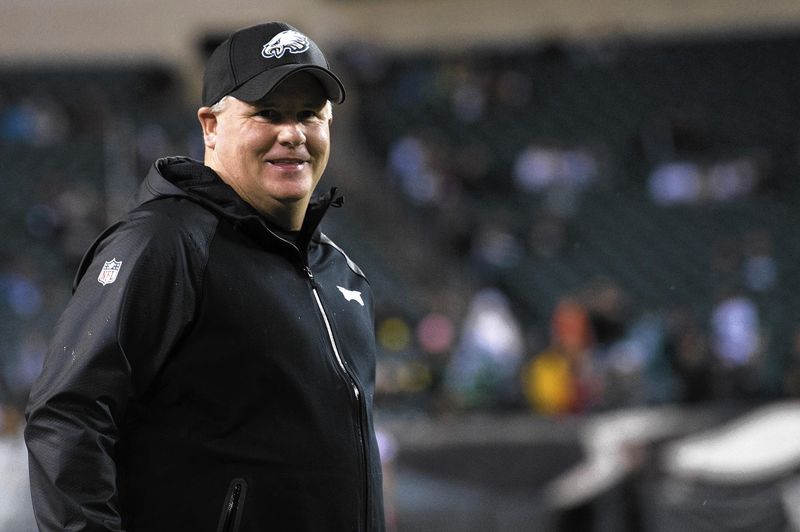 With the Eagles eliminated from the NFL playoffs by the New Orleans Saints in the NFC Wild Card round, it is never too early to look ahead to the offseason.

As the Philadelphia Eagles prepare for year two under head coach Chip Kelly, here are the key dates to look forward to this offseason.

For the first time the NFL draft will be held in May.

The Eagles will return to the Novacare Complex on April 21st to begin the offseason conditioning program.

OTA and minicamp dates have yet to be officially announced, but Kelly said Monday that the Eagles final day of minicamp will be June 19th.

Jan. 26: An assistant coach whose team is participating in the Super Bowl and who has previously interviewed for another club's head coaching job may have a second interview with such club no later than the Sunday preceding the Super Bowl.

March 8-11: Clubs are permitted to contact, and enter into contract negotiations with, the certified agents of players who will become unrestricted free agents upon the expiration of their 2013 player contracts at 4 p.m. ET on March 11. However, a contract cannot be executed with a new club until 4 p.m. ET on March 11.

March 11: Before 4 p.m. ET, clubs must exercise options for 2014 on all players who have option clauses in their 2013 contracts.

March 11: Before 4 p.m. ET, clubs must submit a minimum salary tender to retain exclusive negotiating rights to their players with expiring 2013 contracts and who have fewer than three accrued Seasons of free agency credit.

April 7: Clubs that hired a new head coach after the end of the 2013 regular season may begin off-season workout programs.

May 2: Deadline for restricted free agents to sign offer sheets.

May 7: Deadline for prior club to exercise right of first refusal to restricted free agents.