Eagles Flyers Phillies Sixers About Us Write For Us
Michael Vick: I can't See Myself As a Backup
Around the Net January 31, 2014: Flyers fall to Ducks, Rinaldo returns, more 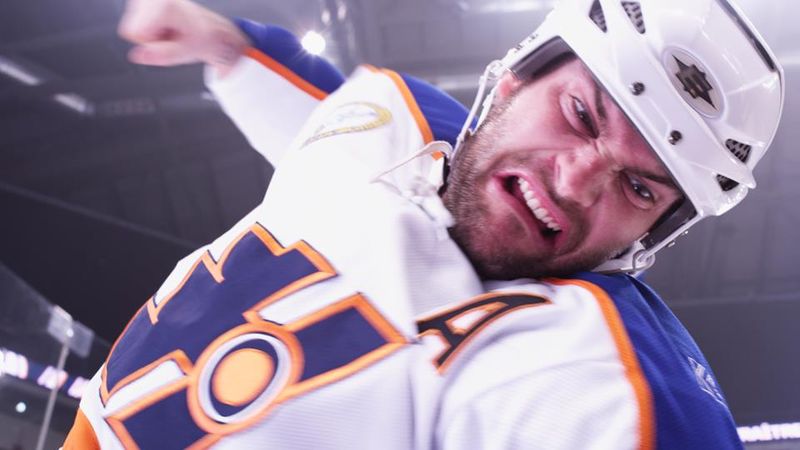 Friday funnies brought to you straight from hockey’s own players, media personnel, and broadcast botches. We’ll be mucking it up every week right here, examining puck ups, puns, tweets, and more!

The Anaheim Ducks beat the Philadelphia Flyers yesterday by a score of 5-3. It wasn't the worst loss ever to the best team in the NHL, but it wasn't the best game either for the Orange and Black. The Flyers had some opportunities, but failed to capitalize more often than not, thus leading to a regulation loss.

I know what you're thinking right now: "Nick, how is this funny? I feel bad because my team lost. All you're doing is making it worse. I just need comfort right now. Somebody hold me." Well pick chins up there Flyers fans and watch this gif of Scott Hartnell throwing his stick up in the air after one of the aforementioned missed opportunities:

Hopefully that brightened your day ever so slightly on the last day of January. Come back next week when hopefully we're talking about something a little bit funnier and a lot less Flyers-loss oriented.