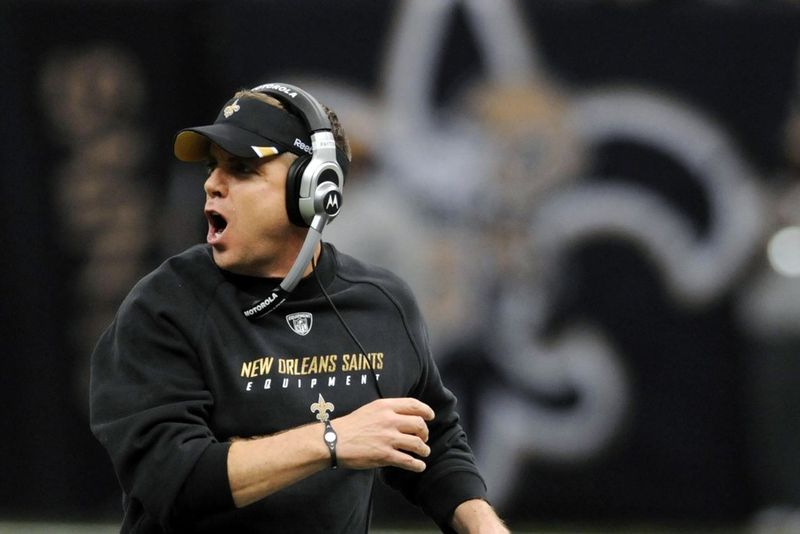 Sean Payton's road map to success for the Saints could be a model for Chip Kelly, Eagles.

Sean Payton knows a thing or two about developing quarterbacks and dynamic offenses.

Payton's aerial attack has set NFL records in recent years thanks in large part to the play of Drew Brees who reached his Hall of Fame potential after showing plenty of upside as a member of the San Diego Chargers before joining forces with Payton and the New Orleans Saints.

Looking ahead to Saturday evening's NFC wild card playoff game at Lincoln Financial Field, two of the NFL's more dynamic offenses will do battle with a trip to Carolina and one step closer to a Super Bowl berth at stake.

This season New Orleans averaged 399.4 yards per game, which was fourth in the league and roughly 17 yards less than the Eagles.

There are starting to be similarities between where Chip Kelly's Eagles are in the first season under the innovative head coach and the early evolutions of Payton's Saints.

"I think the one thing that Sean does is he just always seems to get the right matchups," Kelly said Wednesday. "He's obviously got some talent, but Sean does a great job of getting his playmakers in matchups that are favorable to him and he does it week in and week out. There's a consistency to it and I think they missed him a year ago [during Payton's bounty suspension], and now that he's back they seem to have picked up where they left off. I think how well him and Drew work together is something pretty special to watch."

Creating mis-matches is where Kelly thrives.

Whether it's spreading DeSean Jackson out wide or in a three-receiver stack on one side of the field, isolating tight ends in open spaces or finding new ways to get LeSean McCoy involved, Kelly's scheme finds success because of Kelly's obsession with matchups.

Where the Eagles also have also found success is in the play of Nick Foles.

Foles of course finished the season as the league's most efficient quarterback with a passer rating of 119.2, and as the only quarterback in NFL history to hurl 27 touchdowns and two or fewer interceptions.

Just as the Saints have thrived behind Brees' Hall of Fame level production over his career and Payton's offensive prowess, the same metamorphosis just may be happening in South Philadelphia.

"I think they do a lot of things extremely well," Payton said when asked about Kelly's offense. "You start with their ability to run the football. They come at you with their rushing game. It's an offense where you have to defend the whole field. They do a great job of misdirection, a great job at shots down the field.

"They stress you on the back end and the front end. I think Nick has done a fantastic job as a young player getting acclimated and comfortable with the system. . . . Clearly they're in the early stages of this and I think that's tough news for the rest of the NFC East. [Foles] is very poised and very comfortable with what he's doing and he knows where his outlets are and where he's beating the blitz, and I think his transformation has been amazing."

Given the climate of the NFC East and the turmoil or questions that surround the Eagles three neighbors in Washington, New York and Dallas, there's little reason to doubt that the model for whoever wins Saturday night can't be what is on display with Kelly and company for years to come.