Eagles Flyers Phillies Sixers About Us Write For Us
Around the Net February 28, 2014: Flyers mauled by Sharks, Rangers next; Trade deadline looms
Iverson Night Sixers Tickets Are 150% Higher Than Season Average Prices 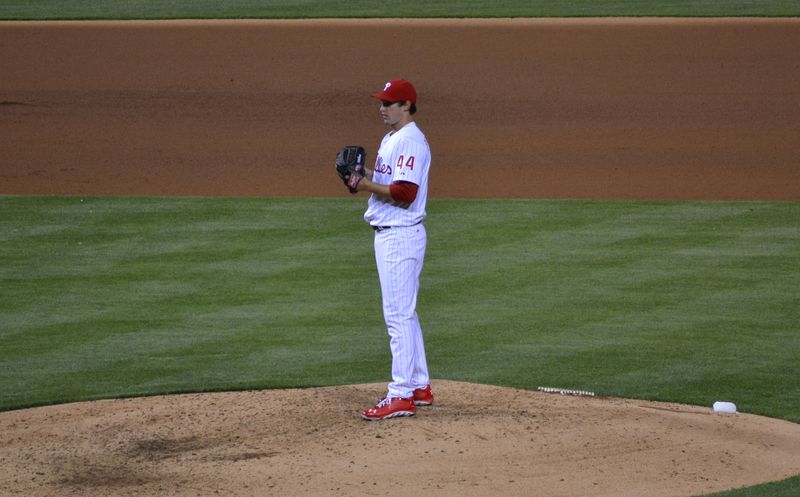 A few bits of information stemming from Clearwater today. The first set of news came as a result of yesterday's game against the Blue Jays. Phillies right hander Ethan Martin left the contest after facing four batters with a bit of shoulder soreness, according to multiple sources. He is scheduled to go an MRI, but the general consensus doesn't seem to be all to concerned.

Another young hurler, Jonathan Pettibone, was also sidelined for a few weeks this Spring. Arm issues similar to Martin's held the potential fifth starter out of throwing sessions this far into camp. This morning, Ryan Lawrence reported that Pettibone is ready to get back at it. A 20-pitch bullpen session got the young pitcher back into a confident stride, telling reporters that he is ready to get back into regular work. Lawrence suggests that Pettibone is on a similar track to Cole Hamels. Both players will miss very little time, if any at all.

Finally, as there always seems to be, some news on Miguel Alfredo Gonzalez. Several sources have him missing his start tomorrow against the Yankees. Gonzalez was already set to start yesterday's game, but that was pushed back until tomorrow. Now, it seems he will be pitching out of the pen. A loose translation from a tweet by Angel Ibo Castillo seems to confirm this:

andrew: i think buchanan's first name is david. he may turn out to be an important piece. i'd not heard of him until a few days ago. now i'll be following him closely and rooting for him.

You're right bullit. My apologies.