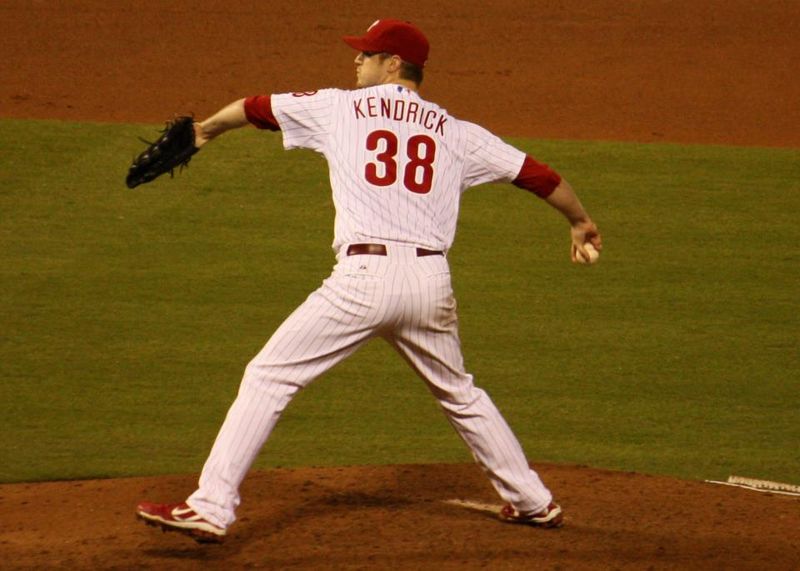 Yesterday, the Blue Jays were too much for the Phillies as they fell 5-7. There were a few bright spots in the game including homeruns from Darin Ruf and John Mayberry Jr. Cliff Lee looked very sharp in his first outing giving up one run on two hits and no walks in two innings.

Today, Kyle Kendrick (2013: 10-13, 4.70 ERA) gets the start in his first spring game of 2014. Kendrick and the Phillies will be facing off against Jose Alvarez and Tigers at Bright House Field. Kendrick will look to have a bounce back year, returning to 2012 form when went 11-12 with 3.90 ERA and going on the disabled list for the first time in his career in 2013. Making 30 starts at the age of 28, Kyle is in the prime of his career. Also schedule to pitched after Kendrick is Sean O’Sullivan, Justin De Fatus, Phillippe Aumont, Luis Garica, and Cesar Jimenez.

Jose Alvarez, a rookie last season for the tiger, went 1-5 with a 5.82 ERA in 2013. At the age of 24, Alvarez will be looking to remain in a strong Tigers rotation that includes Justin Verlander and Max Scherzer. With Verlander having a few question marks this spring, Alvarez could fill in for the Ace righty early in the season. Tigers are also playing the Yankees at home in Lakeland, Fl.

Kyle Kendrick will start for Philadelphia

Jose Alvarez will start for Detroit