Eagles Flyers Phillies Sixers About Us Write For Us
Phillies Fall to Blue Jays Once More
Hockey Hilarity: Satire at it's Finest 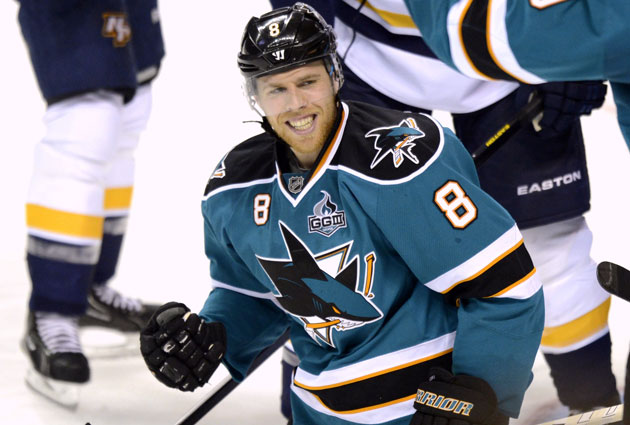 Joe Pavelski recorded a hat trick for San Jose, as the Sharks used a five-goal second period to rout Flyers 7-3, as both teams returned to action following the Olympic break.

Raffi Torres also potted two goals in his first game of the season, while Logan Couture added his 15th and 16th goals of the season in his first game back from a wrist injury. Jason Demers, Andrew Desjardins, and Patrick Marleau each had two assists for San Jose. Sharks goaltender Alex Stalock was strong in net, stopping 27-30. San Jose has now won four of five, with their only loss coming February 3rd against the Flyers.

Andrej Meszaros and Brayden Schenn scored for the Flyers while Matt Read added a goal and an assist. Philadelphia had both goalies see action tonight, as Steve Mason was lifted in the second period after allowing four goals. Ray Emery came in in relief and allowed three goals on 14 shots, before Mason returned again. Mason would ultimately stop 11 of 15 shots faced. The Flyers saw their four-game winning streak prior to the break come to an end.

After a two-week hiatus, the Flyers returned to the ice only to be the minnow in San Jose’s shark attack.

Torres opened the scoring 4:25 into the first period as he banged home a rebound that Mason could not see. Sharks defenseman Jason Demers fired a shot from the point that was redirected by center Andrew Desjardins. Mason would make the initial save, but as he searched for the rebound, Torres would come from behind the net to pot his first goal of the season in his first game.

The Flyers would battle back by scoring two goals in 22 seconds to take a 2-1 lead into intermission.

The second period was a different story all together, as the Flyers came out listless and San Jose’s feeding frenzy began. Pavelski scored his first goal on the power play at 4:23. He would collect his second goal of the game at the 10:12 mark of the period, and Logan Couture would follow Pavelski’s goal just 35 seconds later.

Following Couture’s first goal of the night, the Flyers pulled Mason. Emery would not fare much better. Pavelski would net his third goal of the game and 32nd of the season at the 14:10 mark. Raffi Torres would finish off the five-goal second period by potting his second goal of the game and season with just under three seconds remaining.

The Flyers were booed as they left the ice.

Facing a 6-2 deficit entering the third period, the Flyers failed to come out with energy. Early in the period Philadelphia went on the power play only to allow their league leading 9th short handed goal, as Couture scored his 16th of the season and second of the game.

Berube also noted that he expected the team to come out playing hard Saturday at home against the New York Rangers.

Game Notes: Kimmo Timonen’s next game with the Flyers will be his 500th…Philadelphia was 0/5 on the power play…Logan Couture had his first potential career hat trick overturned…Steve Mason reentered the game in the third period…This was the third time this year the Flyers have allowed seven goals in a game…