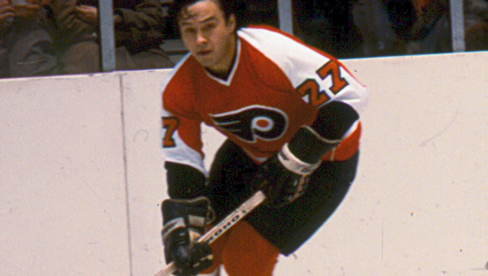 On February 22, 1980, the Flyers were on the second game of a five game road trip and were in Vancouver to take on the Canucks. The Flyers trailed 3-2 after a wild first period which saw Paul Holmgren and Dave ”Tiger” Williams go toe-to-toe with 17 seconds left. However, the Flyers stormed back with five unanswered goals. They scored three in the 2nd, including the 39th and 40th of the season by “The Rifle” Reggie Leach, and two more in the third on their way to a convincing 7-3 win. At 14:30 of the third period, an old fashioned “donnybrook’ broke out, with 16 misconducts being handed out between the two teams. A “two sheeter," as the great Gene Hart would have said, because they would have gone to a second sheet of paper to note all of the penalties.

On most nights, that would be one helluva exciting night of hockey. However, back in the Eastern time zone some 3,000 miles away, not only was there excitement, there was euphoria. History was being made. The hockey world was being turned on its ear. In fact, both ears were ringing from the chants of “U-S-A… “U-S-A”…

In Lake Placid NY, the USA Hockey team made up of college amateurs had beaten the heavily-favored Soviet Union National team, 4-3 at the 1980 Winter Olympic Games.

Mention this event to most anyone born before the first Flyers’ Stanley Cup and they will tell you who they were with and where they were when they saw this "Miracle on Ice." With the score tied at three, the winning goal was scored on a 20-foot wrist shot by captain Mike Eruzione that beat Vladimir Myshkin with just ten minutes remaining. This victory turned Mike Eruzione, goaltender Jim Craig (who turned away 36 of 39 shots) and coach Herb Brooks into household names overnight. The highlights of this game have been shown over the years countless times, most notably the last 15 seconds of the game and the “Do you believe in miracles?" call by Al Michaels as they counted down the clock. It was a win that captivated a nation as this group of college amateurs took on and defeated a much more talented Russian hockey team that had won gold in the previous four Olympics.

A few interesting historical notes and facts of the ‘Miracle on Ice” and the 1980 Winter Games….