DeSean Jackson Released By The Eagles 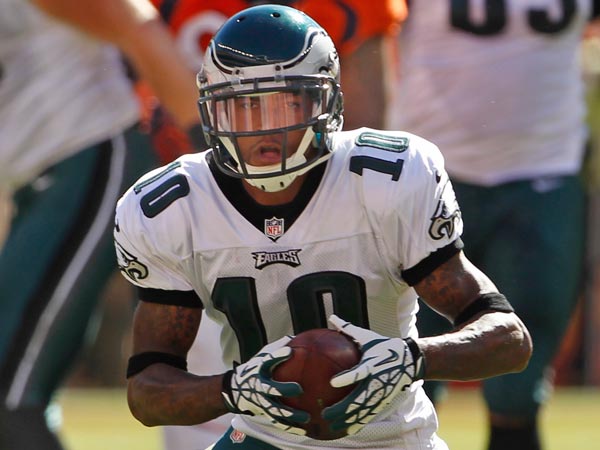 The Eagles informed DeSean Jackson of his release on Friday, making the six-year receiver a free agent.

DeSean Jackson's tenure with the Philadelphia Eagles has come to an end after the team released the six-year receiver Friday.

"After careful consideration, over this offseason" The Eagles said in a statement via social media. "The Eagles have decided to part ways with DeSean Jackson."

The Eagles had no further comment other than that Jackson was now a restricted free agent.

Jackson was released according to team sources for a combination of issues including a lack of chemistry with head coach Chip Kelly, missing meetings and an increasingly weary front office of his off-the field connections.

The move came less than one hour after NJ.com published a scathing and detailed investigative story detailing Jackson's alleged connections with street gangs on the west coast.

Jackson's tenure with the Eagles began as a 2008 second-round draft choice and ends with a total of  356 catches for 6,117 yards and 32 touchdowns — with another seven touchdowns coming via punt returns and running plays.

Twice during his career in Philadelphia Jackson made his unhappiness with his contract known. In 2011, the six-year receiver admitted to not having his head in the game due to his contract situation and again pined for a new deal following this year's playoff loss to the New Orleans Saints.

Earlier this offseason the Eagles inked Riley Cooper to a five-year contract and Jeremy Maclin to a one-year 'prove it' contract.

Only Terrell Owens and DeSean Jackson made the Pro Bowl as a receiver as a member of the Eagles adn the team has no released both of those players.