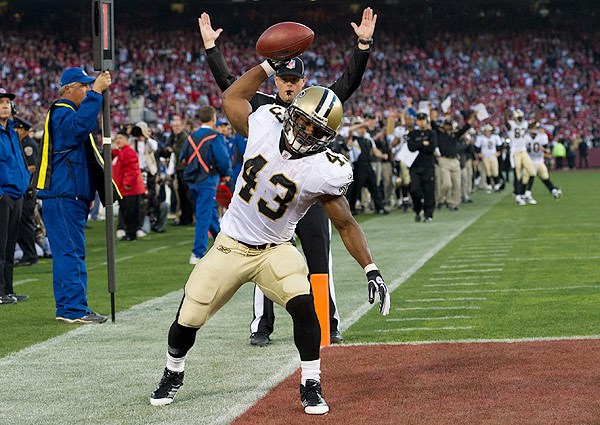 Darren Sproles will be Chip Kelly's new toy in his high-tempo offense (Image Courtesy of NFL.SI.com)

The Philadelphia Eagles have made a trade with the New Orleans Saints to acquire running back Darren Sproles for a 2014 fifth-round pick, according to Adam Schefter. Sproles is scheduled to make $3.4 million in the final year of his deal.

The Eagles addition of the diminutive running back adds depth to an already stacked position. Currently the Birds employ LeSean McCoy, who led the NFL in rushing last season. Backing up McCoy is Bryce Brown, Chris Polk, and Matthew Tucker. The addition of Sproles will change the dynamics of the Eagles running backs as well as provide a change of pace back to limit McCoy’s NFL-leading 314 carries.

Although he battled injuries last season, the Kansas State product only missed one game. He finished with 71 receptions for 604 yards and two touchdowns as well as 220 yards rushing with two more scores on the ground. For his career, Sproles has averaged 8.9 yards per reception and 5.1 yards per carry.