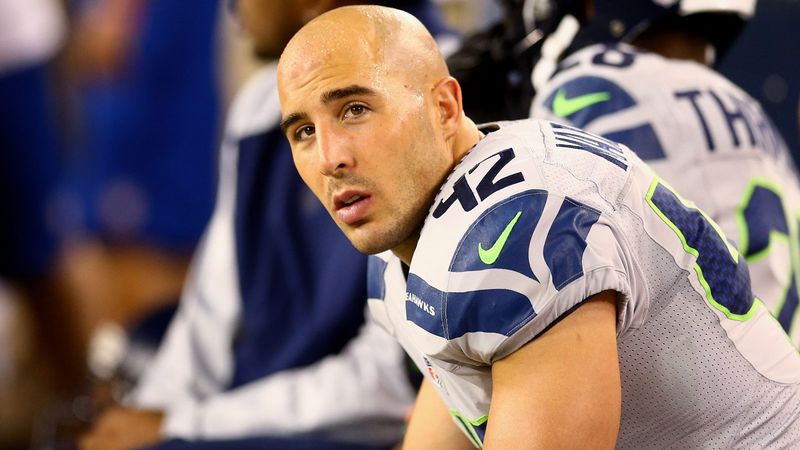 Chris Maragos signed a three-year deal with the Eagles Wednesday. The team sees him as a special teams upgrade with potential upside at safety.

The Eagles moved quickly on the second day of free agency to address their struggling special teams unit by signing Chris Maragos to a three-year deal the team announced Wednesday.

Maragos won a Super Bowl with the Seattle Seahawks last season and played in all 16 games, finishing with 12 tackles primarily on special teams.

Prior to last season the Seahawks approached Maragos, a fourth-year Wisconsin product, to take a pay cut which he agreed to in order to play for a team he believed was capable of winning the Super Bowl.

He won't need to do that this time around.

Maragos' deal pays him $4 million over three years with $1 million in guarantees as well as performance bonuses including snap count totals and a Pro Bowl bonus that would lift the contract to a maximum $5.3 million.

Last season Maragos played just 51 snaps on defense but was on the field for 80 percent of Seattle's special teams plays.

The Eagles see him as not only an upgrade on safety but an insurance policy with upside at safety.

According to a league source, several teams were in the mix for Maragos including the Washington Redskins.

Safety was the Eagles' most glaring need on defense and the team jumped out of the gate by adding Malcolm Jenkins in the opening hour of free agency Tuesday. Additionally, by inking punter Donnie Jones to an extension the front office is showing a commitment to bolstering a special teams unit that overall left a lot to be desired in 2013.